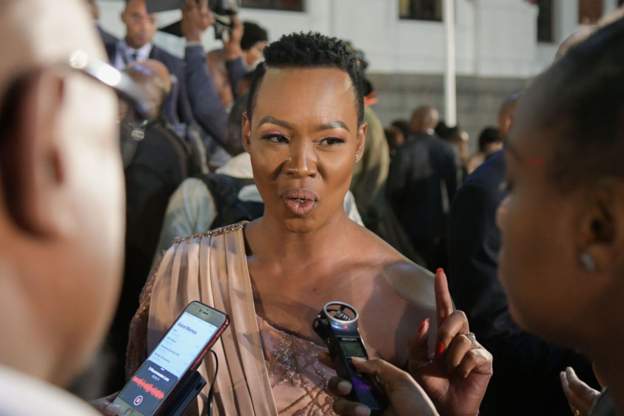 South Africa’s Communications Minister Stella Ndabeni-Abrahams has been ridiculed following a gaffe which suggested that the 42-year-old did not know that Geneva is a major city in Switzerland.

Ms Ndabeni-Abrahams – who was seen as a rising star in government when President Cyril Ramaphosa appointed her to the cabinet in 2018 – has been under heavy criticism since local media reported allegations in January that she used public money to take her husband with her to Switzerland to celebrate her wedding anniversary, while on an official visit.

Responding to the allegations during an interview with South Africa’s privately owned eNCA television station, the minister said:

What do you think?… Do you think I will take my husband to a wedding anniversary in Switzerland?

We went to Geneva and New York to, of course, to do the work that I am expected to do. It is a blatant lie.”

The South African news site has described her comments as “the gaffe of the year”, while others mocked her on Twitter, saying an Interpol notice had been issued for Geneva after it had “mysteriously upped & left Switzerland”:

In the last 24 hours Geneva has mysteriously upped & left Switzerland. If found, the Swiss would greatly appreciate it being returned.

(Our thanks to SA’s Minister of Communication: Stella Ndabeni-Abrahams for alerting us, merci Madame) pic.twitter.com/LFWMiLOr04

Are u serious @PresidencyZA @CyrilRamaphosa is this caliber of minister we are paying for? How do u choose someone who doesnt even know the country she is visiting? (at our expense) This is a disgrace. #stellandabeni needs to go back to school. https://t.co/X8tGS77lv0