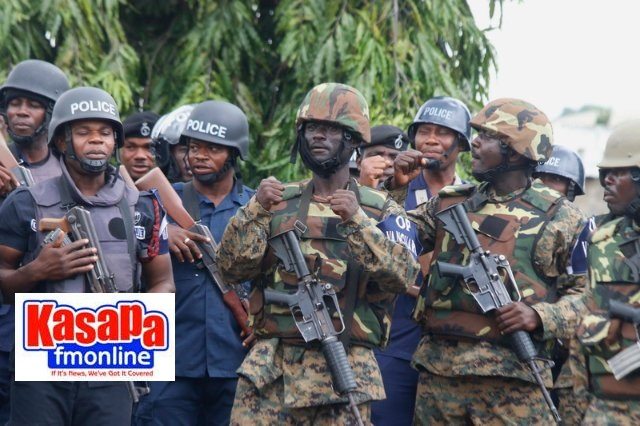 The Commander of Anti-Galamsey Security Taskforce, Operation Vanguard, Colonel William Nortey has called for the setting up of a fast track court to ensure the speedy prosecution of illegal mining(galamsey) cases.

According to him, the missing link in the fight against galamsey is the lack of prosecution which is preventing the Taskforce from accomplishing their aim.

Colonel William Nortey in an interview with Kumasi-based Love FM monitored by Kasapafmonline.com stated that only about five percent of 2,700 persons arrested have been prosecuted.

“When we talk about prosecution, it has been the weakest link in this fight. We have arrested so many people and convictions are very few. And because the court processes are very slow these people are on bail, the cases are adjourned and while the cases have been adjourned they are on the field mining. And sometimes you arrest someone who is already facing court in the field again which shows that they don’t even care, they are so brazen there’s something that needs to be done about it.

Colonel William Nortey added: “We have proposed a fast track system to deal with these cases. We might need some kind of military-grade drone which we can put perpetually on the water bodies to be able to pick coordinates of where these dredgers are. Some of them are deep forest reserves and it’s difficult to actually locate them very easily but the drone can pick these locations and we can move there straight.”