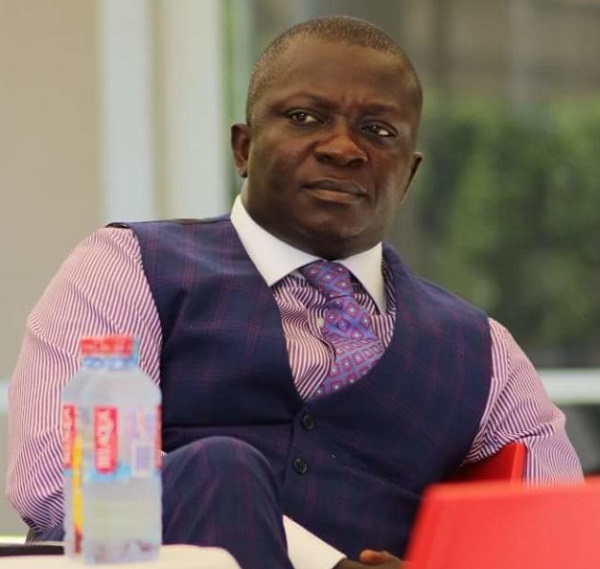 Former Minister of State at the National Security, Bryan Acheampong has broken his silence on the Emile Short Commission Report which recommended for his reprimand, describing that call as bogus.

The Commission which probed the electoral violence at Ayawaso West-Wuogon in January 2019, recommended that Mr Bryan Acheampong must be sanctioned for unleashing masked security operatives to police an election.

The report said Mr. Bryan Acheampong must take “ultimate responsibility” for the operation which resulted in the shooting of six people, leaving several others injured during the Ayawaso West Wuogon by-election.

“The Commission recommends that Mr. Bryan Acheampong be reprimanded for his ultimate responsibility as Minister in authorising an operation of that character and on a day of an election in a built-up area,” the report presented to President Akufo-Addo said.

But speaking for the first time on the issue on EIB Network’s Nkakaw-based Agoo FM, Mr Bryan Acheampong who was a few days ago reassigned by President Akufo Addo to the Ministry of Interior, found it very strange that it was recommended that he be sanctioned when his name doesn’t appear anywhere in the report.

“If you look at the Report more than 500 pages, from all the witnesses nothing put me in the circle. Yet strangely enough, in the recommendation in the document that my name doesn’t appear anywhere the Commissioners went and wrote that I must take ultimate responsibility. why must I take ultimate responsibility? The people are not responsible to me so why must I take responsibility, because there’s nothing in there saying I’m responsible. If I’m responsible, I’m a man, I’m a trained soldier, I’m responsible for my men and anything that I do those ones I will take responsibility for. And anything that the Ministry[National Security] does because I worked there as a Minister of State we did it. But if you come and put individual liability and say that you did it then you must come up with proof to say that I gave the command, I signed off the order for the thing to be done then you can place individual liability on me. Other than you place liability on the Ministry and not on me as a person because that evidence never came at the Commission. That was most unfair.”

Bryan Acheampong added “In the recommendation, they were recommending that I take responsibility how can you recommend that I take responsibility?. It’s a fact-finding Commission go and say that Bryan did xyz. You cannot go on a fact-finding commission and say that I’m recommending somebody to take responsibility. How do you make such a recommendation, even when I’ve not accepted responsibility because you have no proof, you go ahead and say that I must be reprimanded, this is strange. These are High Commissioners I don’t want to use unpalatable words but all I can say is that…and I’m saying it for the first time ever after the report came out that, that decision is absolutely bogus because I don’t understand. You are trying to put individual liability on somebody that you don’t have any evidence against.”