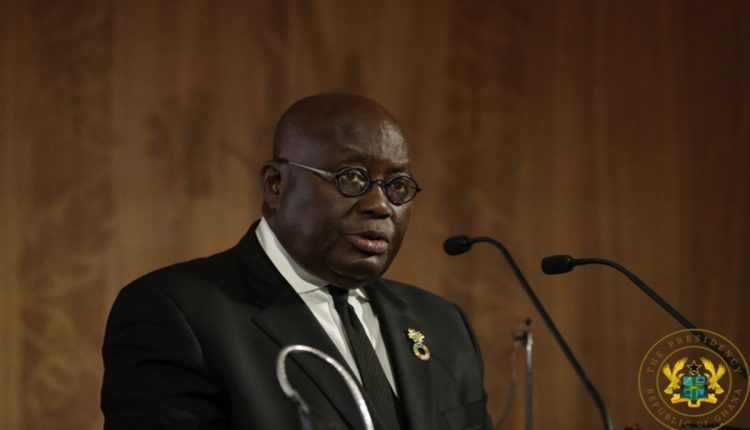 President Akufo Addo has revealed that Ghana has had to pay nearly $1billion in 2018 and 2019 for power that the citizens had not used.

According to the President, this was owed to the take or pay contracts signed by the previous Mahama administration which resulted in Ghana being saddled with huge financial burden.

“The five years of energy crisis led to the signing of what can only be described as uvorious contracts that have landed our country with a huge financial burden. The take or pay contracts resulted in the country being saddled with expensive excess power and our having to pay nearly $1billion in 2018 and 2019 for power we do not need. We are working to find a way out to ensure a reliable power supply at a cost that makes it competitive in the sub-region.”

President Akufo Addo was speaking during his fourth State of the Nation Address in Parliament on Thursday, February 20, 2020.

In 2019, the Minister of Finance, Ken Ofori Atta in 2019 during the presentation of the Mid-Year Budget announced that the Government will renegotiate all take-or-pay contracts in the energy sector, by converting them to take-and-pay contracts to help save the sector and prevent citizens from consistently paying energy they had not used.

He said there was the need to renegotiate the contract to avert the impending huge cost it would bring to the country in the upcoming years, noting that, currently, the country’s installed capacity was almost double the peak demand.

Hon. Ken Ofori Atta added that notable among the transactions was that, 2,300 MegaWatts of the installed capacity had been contracted on a take-or-pay basis, adding that, on the average, “less than 40 per cent of the contracted take-or-pay capacity is actually used, meaning that we are basically throwing away money by paying for the remaining 60 per cent of excess capacity, which we do not actually consume”.