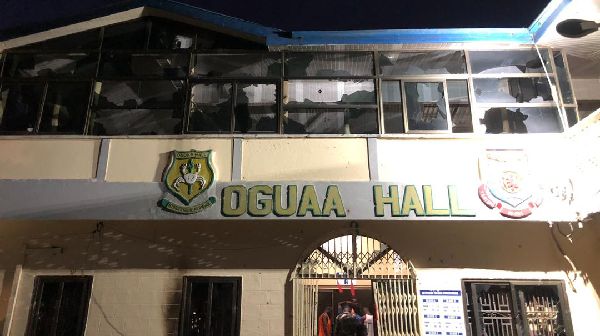 Security analyst and host of ‘Alert’ on Starr FM Adam Bonaa has called for the arrest and sanctioning of students who vandalized properties following clashes between two halls at the University of Cape Coast.

A brawl between the two rival halls, [Atlantic (ATL) and Oguaa] on Saturday left some students injured. The students also burnt two motorbikes during the fracas.

Management of the University of Cape Coast(UCC) has consequently placed a temporal suspension on all hall week celebrations and the Students Representative Council week celebration with immediate effect.

Police presence has been maintained on the campus to ensure law and order.

Adam Bonaa in an interview with Starr FM, faulted the security on campus for failing to pick intelligence before the incident occurred.

Adam Bonaa added: “But until such a time that students are made to take care of the cost of maintaining these university properties when they are destroyed the students as usual some of them will be drunk some will take all sorts of things and take the law into their own hands in the believe that they will never be caught.”