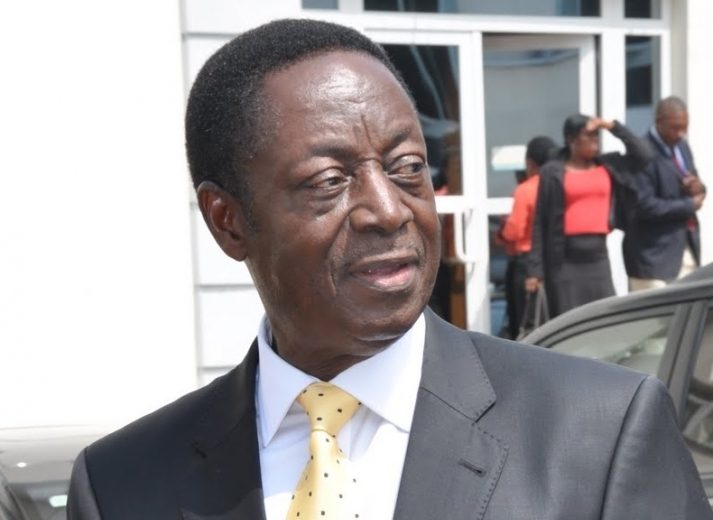 Law lecturer and lawyer for Dr Kwabena Duffour, Kwame Gyan has said his client has been unfairly charged in the case between the Republic versus Dr. Kwabena Duffour and 8 others.

“I have looked at the charges, the two charges and the facts they are using, Duffour’s name shouldn’t have appeared on the charge sheets,” Mr Gyan said on GhOne news.

The State, on Wednesday, charged 9 persons at the Accra High Court, including Dr Duffour with 68 counts of fraudulent breach of trust, money laundering, dishonestly receiving and falsification of accounts.

According to the Statement of Facts attached to the charge sheet, as filed by the Attorney General, “Dr. Kwabena Duffuor, the 1st accused person, is a shareholder of uniBank Ghana Limited (uniBank) and the ultimate beneficial owner of HODA Holdings Company Limited (HODA).”

But in his reaction to the charges preferred against his client, Mr Gyan debunked the said claims insisting that his client is neither a shareholder nor the ultimate beneficial owner of HODA.

“Dr Duffour is not a director of HODA , he’s not a shareholder of HODA, he’s not involved in the day-to-day management and operations of HODA or even uniBank,” he said.

According to him, his client exited the board of uniBank in 2009 and has since not been part of the company’s management or day-to-day running of the bank.

“Dr Kwabena Duffour has only 16% of the shares of uniBank so the rest of the uniBank shares are held by other shareholders.

Though the State is yet to serve his client officially, Mr Gyan hinted that he will, on behalf of his client meet with the State Attorneys on Thursday, February 6, 2020, to impress on them to drop the charges against his client.

“First thing tomorrow morning, I will proceed to the Attorney General, hold consultations with them and humbly impress upon them to drop the charges that they have reportedly leveled against my client because I have looked at the charges, the two charges and the facts they are using, Duffour’s name shouldn’t have appeared on the charge sheets,” Mr Gyan said.

Meanwhile, according to GhOne News’ Wilberforce Asare, the first hearing of the case is scheduled for February 12.