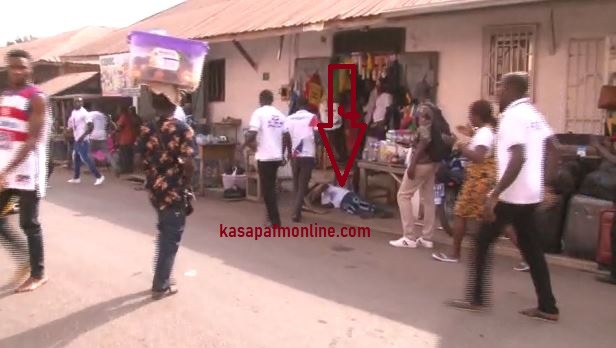 Ultimate FM’s Isaac Justice Bediako explaining what caused the scuffle said the Constituency Executives had agreed to receive the nomination forms of Hon. Addai Nimoh at 3pm after they earlier rejected the forms in the morning claiming the writings were not legible.

But as the embattled Hon. Addai Nimoh and his supporters were waiting to go and re-file the nomination forms at the agreed time, they received information that the constituency officers were closing the office in a bid to prevent him from filing as tomorrow[Thursday] is the deadline.

They then rushed to the party offices and actually saw the executives preparing to leave the office.

Addai Nimoh’s supports met supporters of the incumbent MP who had filed his nomination forms a short while ago and tempers flared up resulting in a scuffle.

This compelled the aspirant to pick his forms at the regional office of the party in Kumasi.