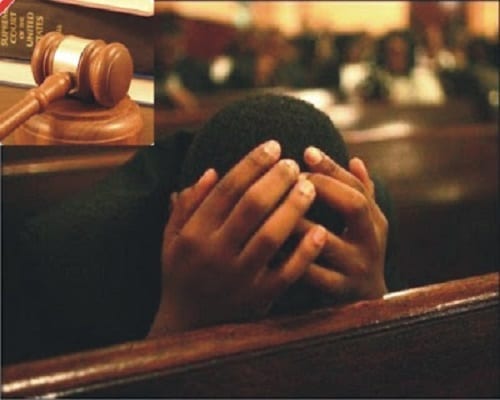 Daniel Oppong, a 30-year-old barber at Asakragwa in the Smenfi West District of the Western Region is in the grips of the Police for defiling a 7-year-old girl.

The mother of the victim told Kasapa News that she took her daughter to the barbering salon to have her hair cut, but along the line left her to buy some stuff at the market.

She continued that not long after she left the barber asked the little girl to sleep on a couch in the salon for him to examine her. The ignorant and innocent little girl is said to have obliged.

The suspect first started licking her, then fingered her and eventually painfully penetrated the girl and then warned her never to tell anyone lest she’ll die.

The victim’s mother narrated that she took the girl home after she returned from the market but didn’t see any sign of her being defiled.

It was after the next day that she noticed that the girl was walking awkwardly, following which she asked her what was wrong. The victim then opened up and told her mother that she had been defiled.

A check at her private part saw some discharges coming out of her and some bruises on her vagina.

A report was filed with the Police who arrested the suspect for interrogation. He’s to be arraigned before court after investigations have been concluded.

C/R: Girl, 14, killed and dumped in a bush at Twifo Agona

E/R: Bushfire consumes girl to death, another in critical condition