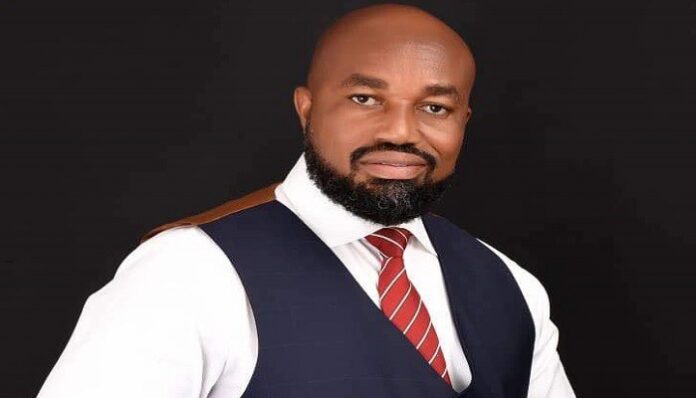 Ghanaian business magnate, Daniel McKorley has advised young men who want to marry more than one woman to be financially sound.

The founder and chief executive officer of McDan Group of Companies who is married to two beautiful women talked about his private family life of polygamy with host Paul Adom Otchere on Good Evening Ghana.

Reacting to a question about why he chose a polygamous life, Daniel McKorley made reference to the Bible that no part of the scriptures captured that man must marry just one wife.

“Show me in the Bible where you’ve to marry one wife,” McDan asks Paul Adom Otchere

Explaining why he chose to marry two wives, the CEO of McDan Group of Companies said he wants to have a large family.

“I want to have a large family and having a large family is a beautiful thing. I had an agreement with my first wife to marry my second wife.” He noted

He told young men who have a lot to achieve in life not to endeavour to marry more than one wife.

According to him, there is a lot of costs that come with marrying two or more wives so one must be well prepared financially before taking such a decision.

“It is very expensive to have two wives so I’ll advise young men not to try it if they don’t have a lot of money because you’ve to keep them sweet and make sure they’re happy. Don’t touch what you can’t manage.” McDan said

Responding to claims that men who marry two wives still fight temptations getting into a third marriage or getting into a concubine, McDan replied, “You’re going into certain areas where you shouldn’t go. Don’t go to that area.”

Daniel McKorley is married to Abigail and Roberta.

Daniel McKorley started the McDan Shipping Company which was established in November 1999, with headquartered in Accra and Branches in Tema and Takoradi.

The company has a presence in over 2000 major air and seaports worldwide due to a partnership with Universal Freight Organization, Cross Trades and World Cargo Alliance(WCA)