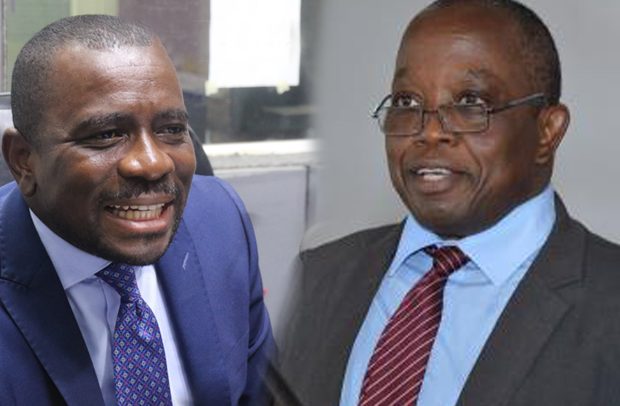 The Auditor-General, Daniel Domelevo, has told the aggrieved New Patriotic Party (NPP) Member of Parliament (MP) for Akim Swedru, Kennedy Osei Nyarko, not to blame his outfit for any mishap he is going through following the release of the report capturing beneficiaries of GETFund between the period 2012 and 2018 of which he, the lawmaker, is a part of.

He has, therefore, directed Mr. Nyarko, who is also a deputy Minister of Food and Agriculture, to channel his grievance to the GETFund Secretariat for redress.

“It should be noted that the information contained in the audit report is from the audited entity, and in this instance, every information or name that is contained in the performance audit report on GETFund came from GETFund, and the audited entity. Certainly, my office has no malice or bias toward any individual named as a beneficiary from GETFund in our audit report. Your grievance, therefore, is best addressed by GETFund who provided the audit team with the necessary information and names of beneficiaries during the audit”, noted Domelevo in his response letter addressed to Safo & Marfo@Law, the law firm representing Mr. Nyarko.

The Auditor-General on Monday, February 24, 2020, released its “Performance audit report on the administration of scholarships by GETFund” for the period between 2012 and 2018. Captured in the report were beneficiaries such as lecturers, MPs, especially, from the Majority side of the House and some other professionals.

Mr. Nyarko, who felt worried about the report because he was not a direct beneficiary of the GETFund scholarhip, wrote to Mr. Domelevo through his lawyers, on Tuesday, February 25, 2020, to demand for immediate retraction and apology for the said publication.

However, the Auditor-General in swift response told Mr. Nyarko that his outfit could not be blamed for the woes he is going through since they did not cause to be published the list of MPs who benefited from the GETFund scholarship.

“I acknowledge receipt of your letter dated 25th February, 2020. Please be informed that my office did not cause to be published any “supposed list of top political figures” who are claimed to have benefitted from scholarship at the Ghana Education Trust Fund (GETFund) as alleged by you. My office, in consonance with Article 187(2) of the 1992 Constitution and Section 13(c) and 16 of the Audit Service Act, 2000 (Act 584) undertook a special audit at the GETFund office spanning the period 2012 to 2018 and submitted a copy of the audit report to parliament as mandated by law. And, pursuant to section 23 of Act 584, a copy of the said report is published on our website”, Mr. Domelevo replied.