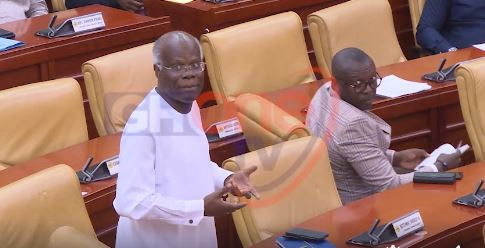 The Regional Youth wing of the ruling New Patriotic Party(NPP) in the Ashanti region is set to petition the disciplinary committee of the party over Adansi Asokwa MP, K.T Hammond’s disrespect for authority.

Aside this, the youth are seeking to launch an epic battle to destroy the Adansi Asokwa lawmaker’s chances of surviving the upcoming primaries.

Adansi Asokwa Member of Parliament for the New Patriotic Party (NPP) Kwabena Tahir (KT) Hammond has clashed with Ashanti Regional Chairman of the governing party, Bernard Antwi Boasiako popularly known as Chairman Wontumi for supporting an aspiring parliamentary candidate in that constituency who in the view of Mr Hammond is not qualified to contest.

KT Hammond, who was livid that Wontumi has declared support for his opponent fumed insisting “Antwi Boasiako does nothing good for the party.”

His comment comes on the back of claims by Chairman Wontumi that he will ensure Mr Sammy Binfoh Dakwa is allowed to contest Mr Hammond.

“When I KT Hammond was part of the founding fathers of the NPP where was he? I have been moving with President Akufo-Addo since 1996. Even when he wasn’t the President, I called him Mr President and so Wontumi should not think he is a darling boy of the president than me.

“We have seen better Ashanti regional chairmen like Antoh. Who are you to allow disqualified aspirants?” Mr Hammond questioned in an interview with Accra-based Class FM.

But the Ashanti Regional Youth Organiser of the ruling New Patriotic Party (NPP), Mr. Dennis Kwakwa has said K.T Hammond’s disrespect shown to the Regional Chairman will cost him dearly.

“This is unacceptable and its time to deal with this level of disrespect. It’s not proper to have a candidate who’ll undermine the authority of the Regional Chairman. We’ve even gathered that the constituency executives have issues because of the way he throws his weight around. Wontumi presides over 47 constituencies in the region, and he K.T Hammond’s influence ends at his own constituency, therefore he cannot refer to Wontumi as “That boy”. That’s very disrespectful!” he told host Kweku Owusu Adjei on Anopa Kasapa on Kasapa 102.5 FM.