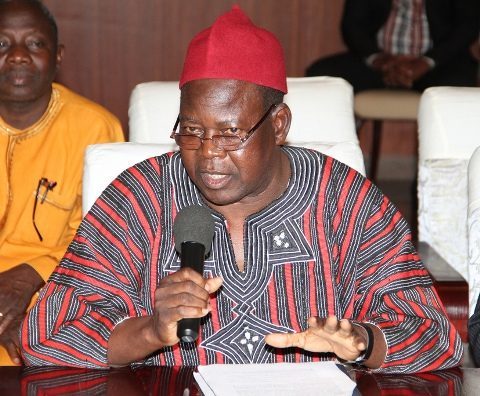 Anti-graft campaigner Vitus Azeem believes President Akufo Addo’s pledge that his government will undertake massive road development across the country this year(2020) is not achievable.

President Nana Addo Dankwa Akufo-Addo during his media encounter in late 2019  tagged the year 2020 as the “Year of Roads.”

According to him, his government would embark on an aggressive road development across Ghana next year, saying “Next year is the year we will adopt as the year of roads.”

But Vitus Azeem in an interview with Bola Ray on Starr Chat stated that Ghanaians shouldn’t expect too much this year in spite of the promise that this year is a year of roads.

“I don’t think the year of roads promise will be fulfilled. You can have good intentions but when you are talking about things that involve money you need to go back and look at the budget for the year. I don’t think they will get all that money to do it. Road construction is not a small thing. Apart from the money that you may not be able to get, the seepings…money is going to seep through the cracks so I’m not very convinced. It will be very challenging no matter what good intentions they have I don’t think that will work very well. You see when you wait till election year and you award contracts it takes a lot of time before people are able to go through the contracting process.”