Entertainment Journalist, Kwame Dadzie has rated former MUSIGA President, Obour over actor John Dumelo as an industry player who has the interest of the Arts Industry at heart.

Commending Dumelo’s amiable personality, Kwame Dadzie believes that the actor is fit for parliament having the requisite qualities to undertake the task ahead.

However, the Citi Fm’s journalist was sceptical with regards to Dumelo’s preparedness to serve in the interest of those in the creative industry when voted to parliament.

“I have listened to John Dumelo’s interviews a couple of times and  I don’t know what he has that would benefit his constituents and what they would expect from him but it appears clearly the last time I listened to him, I would be very glad to see John Dumelo in Parliament as a creative arts person representing or being voted as a parliamentarian but even though I believe he is a fine material, I’m a bit shaky when it comes to the fact that apart from serving his constituents whilst in parliament, is he also going to serve in the interest of those in the creative industry,” Kwame Dadzie stated on Kasapa Fm’s Entertainment Show.

“That, I didn’t find in any of his interviews and I don’t know why candidates would talk about employment when it is actually not their responsibility as Members of Parliament. Apart from that, I have not heard him state anything about the creative arts industry anywhere as someone like me in the industry is going to also benefit.”

“I wouldn’t downplay his decision to contest as a parliamentarian but the kind of trust and hope I have in Obour, If I should rate the two, their potentials and the influence they have in parliament in retrospect to the creative industry and on constituents, I would give Obour  70% likelihood of doing that for us and Dumelo, 50% ruling out his abilities to do well in parliament.” Kwame Dadzie explained

The “Perfect Picture” actor won majority votes to become the party’s parliamentary candidate in the Ayawaso West Wuogon constituency ahead of the 2020 general elections. 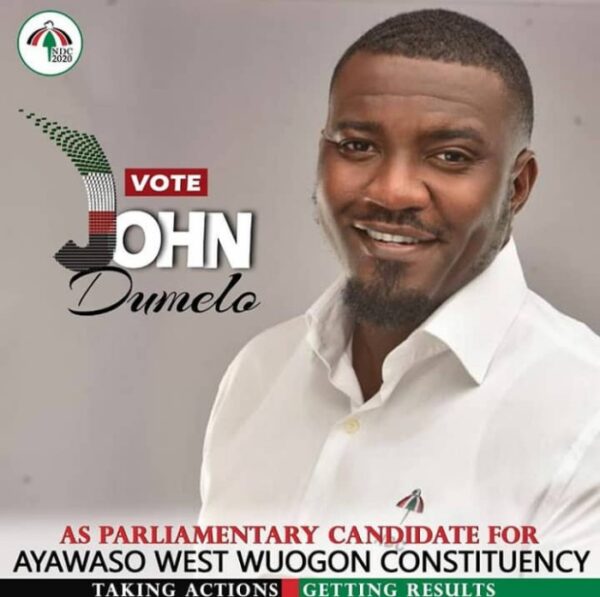 John Dumelo won massively with 758 votes while his only contender, Madam Adoboe had 99 votes.

A total of 859 delegates voted in the elections with two rejected ballots.

Bice ‘Obour’ Osei Kuffour after declaring his intention to run for the New Patriotic Party (NPP) Parliamentary primaries in the Asante-Akyem South Constituency has filed for the contest. 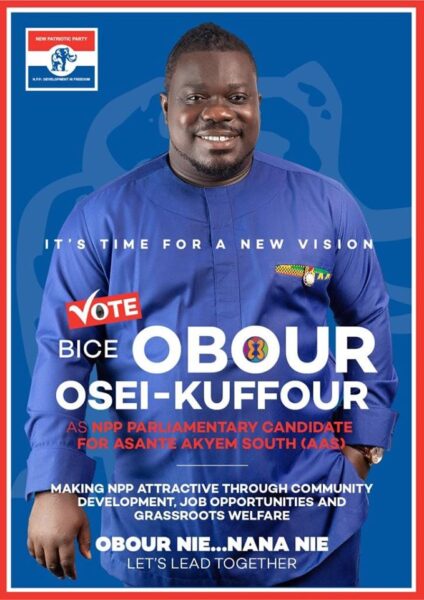 In a statement, he promised to introduce a new kind of leadership, hard work, dedication, commitment, perseverance and excellence in a bottom-up approach when given the nod.