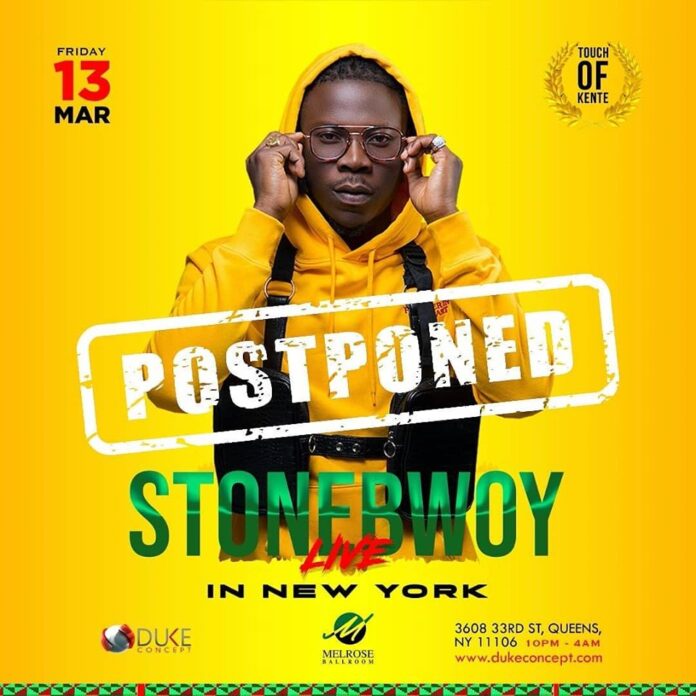 Ghanaian musician Stonebwoy has called off his New York concert which was slated for Friday, March 13, 2020, due to the pandemic coronavirus disease.

A press statement released from the camp of the Bhimnation Music Group says New York officials placed an indefinite ban on gatherings of more than 500 people as part of drastic measures to try to curb the spread of the coronavirus.

According to the team, all efforts to make ‘Stonebwoy Live in New York‘ concert happen has been unsuccessful.

The Team disclosed that a new date will be announced as soon as the ban is lifted.

In light of recent updates concerning the impact and continued spread of the coronavirus (COVID-19), we deeply regret to announce the postponement of tonight’s show.

Our team has tried everything in our ability to make this show happen however the government has restricted every large gathering at this time as seen on every major news.
The new tour dates will be announced as soon as the Ban is lifted.

We share in your disappointment surrounding this news. As always, thank you for your understanding, patience, and continued support for Stonebwoy.