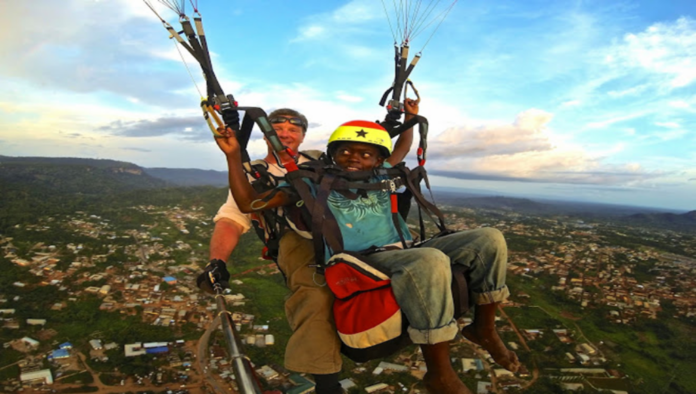 Following the directives of the President of the Republic of Ghana banning all public gatherings, the Ghana Tourism Authority has informed the general public that the annual Kwahu Paragliding Festival 2020 has been called off with immediate effect.

In a press statement issued by the Ghana Tourism Authority, the institution has directed all individuals and groups who have registered and paid to participate in the Paragliding festival to contact the following for further directives: 0244161585 and email on info@visitghana.com.

In addition, all Regional Tourism and the National Tourism Awards slated between March and April have been postponed until further notice. The Authority will announce new dates and schedules for these events when the situation normalizes.

Akufo-Addo also announced that all public gatherings, including conferences, workshops, funerals, political rallies, sporting events, entertainment shows have also been suspended for the next four weeks.

Read the full statement below. 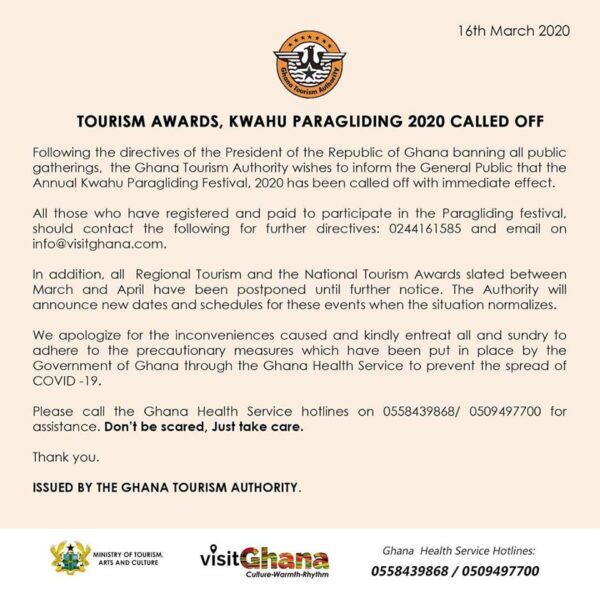