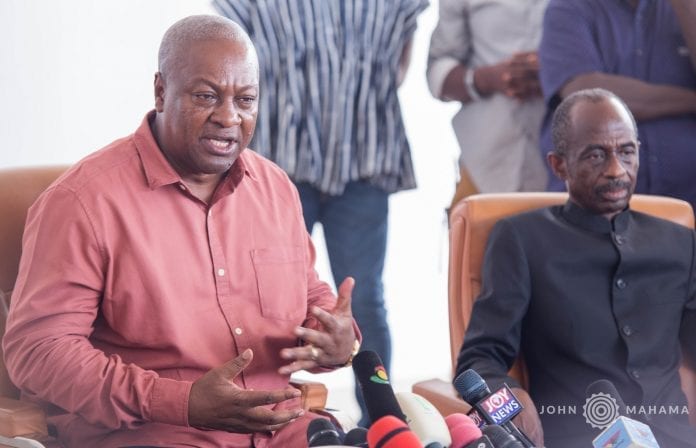 The Flagbearer of the opposition National Democratic Congress(NDC) has suspended his Speakout tour until further notice.

The decision, according to the former leader, is to minimise any risk of transmission amidst the fast-spreading coronavirus pandemic that has so far recorded 6 cases in the country.

“We’ll keep the regions updated on any new development,” he noted in a Facebook live broadcast on Monday.

This comes in the wake of the temporary ban on all school activities and selected social,public and religious gatherings following the confirmation of 6 covid-19 cases in the country.

President Akufo-Addo in a national broadcast on late Sunday shut down public gatherings, including conferences, workshops, funerals, political rallies, sporting events, for the next four weeks.

Ghana’s Minister for Health will today issue an Executive Instrument, that will govern the relevant health measures announced by the government to help contain the spread of the covid-19 virus.

Ahead of the legislation, President Akufo-Addo has called on Parliament to support the Executive in this national endeavour.

The Attorney General’s Department has been directed to present a raft of emergency legislation to Parliament by tomorrow.

The submission of the emergency legislation to Parliament will be in accordance with Article 21 (4) (c) and (d) of the Constitution.