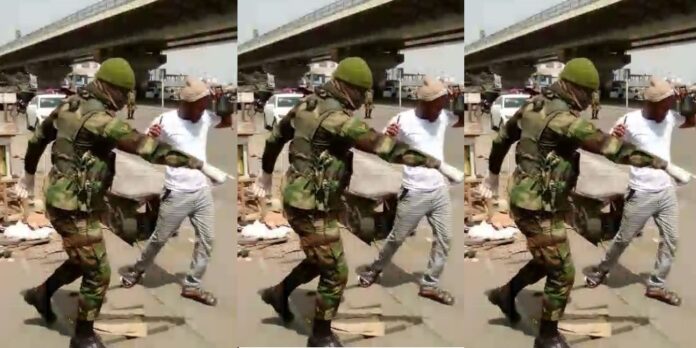 Some residents at Kasoa in the Awutu-Senya East Municipal have been dealt with by officers of the Ghana Army for defying the partial lockdown directive in the wake of the spread of the coronavirus disease to the country.

They were disciplined for walking aimlessly in the streets of Kasoa. Some residents were unable to tell which category they operate under the services exempted from the restrictions as announced by President Akufo-Addo.

According to reports, some of the residents disclosed they heard a siren so came out to catch a glimpse of the personality.

Those who refused to obey the orders of the Army were punished.

NDC MPs to storm Ketu South over deployment of soldiers