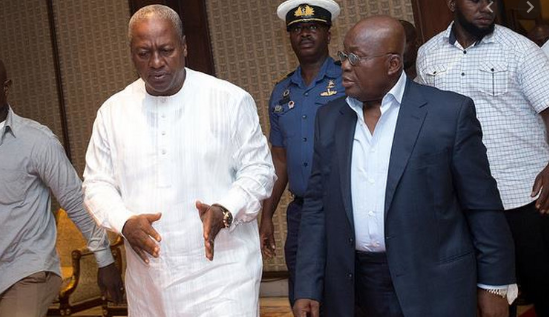 The Flagbearer of the main opposition NDC, John Dramani Mahama has called on the government to publish what it describes as a “comprehensive plan” that details how it intends to deal with the emergencies vis a vis the dreaded covid-19 pandemic.

Mr Mahama thus urged government to provide isolation centres in all the 16 regions of the country as part of the emergency response plans.

According to him, the availability of regional isolation centres together with adequate testing kits and more than enough protective equipment will be an encouragement to Ghana’s medical personnel currently sacrificing to support the ongoing national efforts.

Meanwhile, the flagbearer of the opposition NDC has suspended his Speakout tour until further notice.

The decision, according to the former leader, is to minimize any risk of transmission amidst the fast-spreading coronavirus pandemic that has so far recorded 6 cases in the country.

“We’ll keep the regions updated on any new development,” he noted in a Facebook live broadcast on Monday.

It comes in the wake of the temporary ban on all school activities and selected social,public and religious gatherings following the confirmation of 6 covid-19 cases in the country.

President Akufo-Addo in a national broadcast on late Sunday shut down public gatherings, including conferences, workshops, funerals, political rallies, sporting events, such as services in churches and mosques have been suspended for the next four weeks.

Ghana’s Minister for Health will today issue an Executive Instrument, that will govern the relevant health measures announced by the government to help contain the spread of the covid-19 virus.