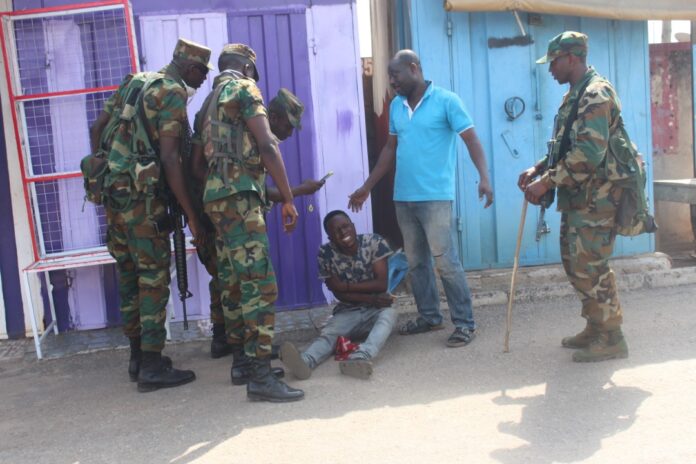 Residents in the Kumasi Metropolis and its environs have Friday, March 27, to remember as a day on which indiscipline attitudes were met with radical responses from personnel of the Ghana Army during the turn of the metropolis for disinfection of markets there in the wake of the spread of the coronavirus disease to the country.

Traders and others were taught bitter lessons in the national exercise put together by the Local Government Ministry in collaboration with the Ashanti Regionla Coordinating Council, with suppprt from Zoomlion Ghana Limited for acts that tended to undermine it.

In the Asewase Constituency of the Asokore-Mampong Municipal Assembly, for example, some traders at Aboabo number 1 and 2 market zones showed gross indiscipline by refusing to close their shops to make it possible for the sanitation team to disinfect the markets and the soldiers descended on such recalcitrant traders to close the shops.

While the soldiers were doing their work, some traders at the two markets attempted to take videos or pictures of the scenes and such people had their mobile phones seized and destroyed. 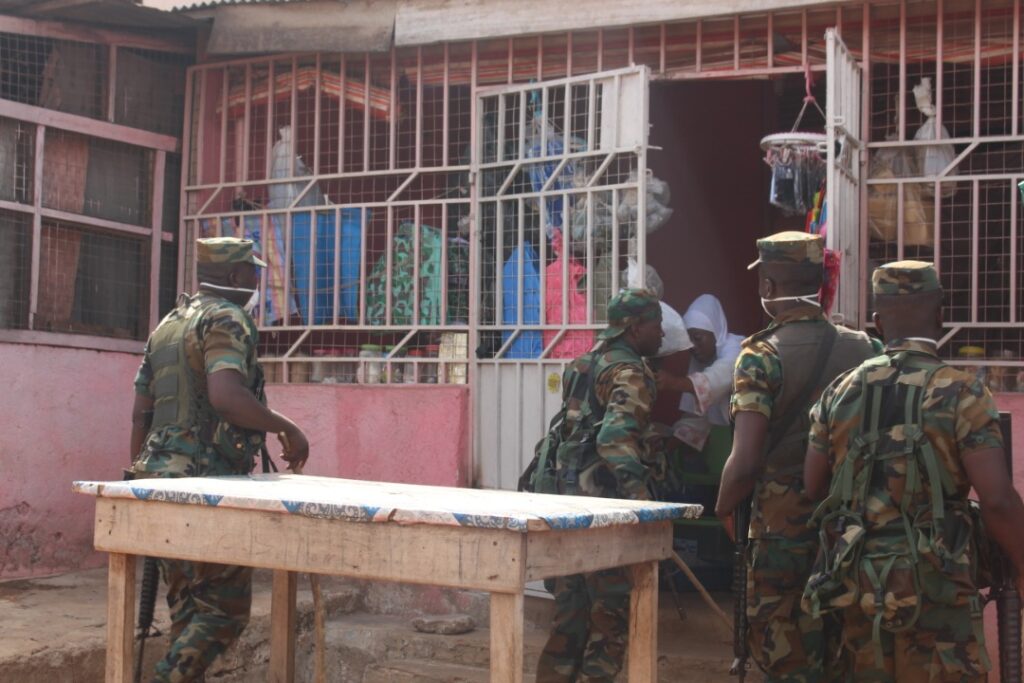 Squatters on the run

Also, the military personnel chased squatters out of Bantama and the Race-Course markets to make way for the exercise.

It again had to take the efforts of the military to chase out squatters who live in some other markets in the Ashanti regional capital, Kumasi, for the exercise to be carried out smoothly.

All streets in the central business district and the Bantama high streets were completely deserted.

At the Bantama and Central Markets, the squatters were still asleep at the time the fumigation team arrived to carry out the operation.

The team would have had it tough but for the intervention of the heavily armed military personnel supporting the exercise. 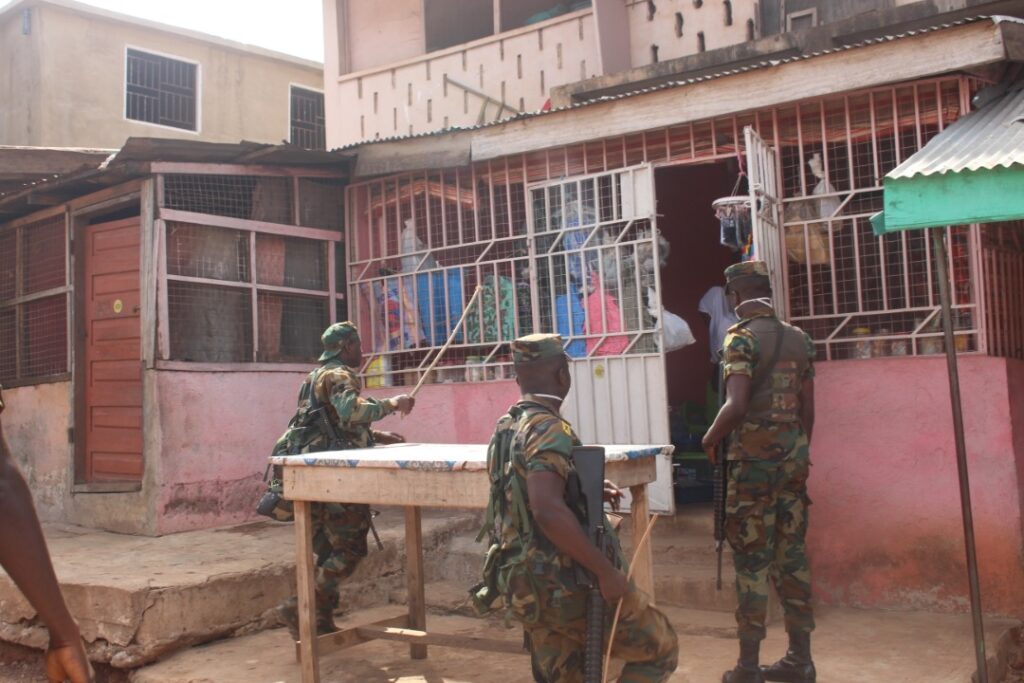 The Ashanti Regional Minister, speaking to journalists Mr Simon Osei Mensah before the exercise started, said about 230 markets have been identified to be sprayed in the region.

He said 22 markets in the Kumasi metropolis would benefit from the exercise.

The Miniater said market places were areas where people converged in their numbers to transact various forms of businesses, therefore, the need to disinfect those areas to reduce the risk of people getting infected with the disease.

The Communications Director of the Zoomlion, Emma Akyea-Boakye, said even though the disinfection was not to help stop the spread of coronavirus disease, otherwise known as Covid 19, it will equally kill bacteria and other germs in the markets.

She expressed satisfaction with the professional manner in which the exercise was carried out.

As at 7 am on Friday morning when the DAILY HERITAGE visited some of the market centres in Kumasi, workers of Zoomlion draped in their protective clothes, were seeing spraying the markets with the police and military officers providing security.

Various lorry stations within the markets and lanes and streets in the vicinity were sprayed.

Most shops and stores in the markets had been closed ahead of the exercise and indications were that the markets would not be opened for trading activities today.

Some of the traders the paper interacted with commended the government for the initiative and said it would not only help prevent to the spread of the Coronavirus, but other infections caused by rodents and insanitary conditions in the markets.