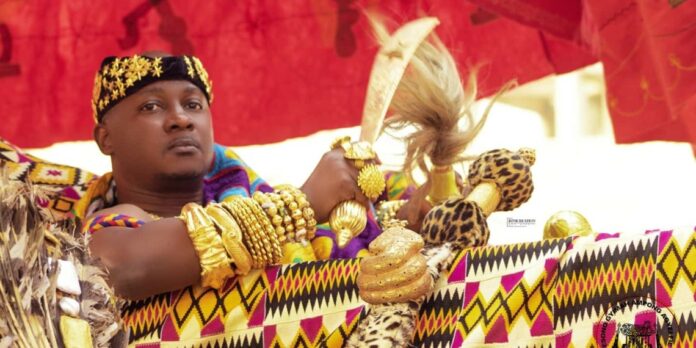 In a press statement released, the traditional council said the cancellation of this year’s event is in line with the government directive to control the spread of the deadly convic19 virus.

According to the traditional council, the action has become necessary as a measure to control with the spread and also to help the chief from engaging in public gathering.

The statement disclosed that the Akwaisdae should be cerebrated with minimal contacts and restricted to indoor traditional ceremonies.

Kwahu Easter is the annual Easter celebrations at the Kwahu South District of the Eastern Region of Ghana.

This festival is celebrated in all the Kwahu communities, it is a festival of the Chiefs and people which comes off every year.

Over the years, several business owners and revellers travel from other regions and even other neighbouring countries to Kwahu during the Easter season to have fun and sell their goods.

Activities include para-gliding, hiking, carnivals and street jams. For the indigenes, that is the Kwahu people, it is an annual homecoming, but for holiday revellers it is an occasion for celebrations.

Below is the full statement. 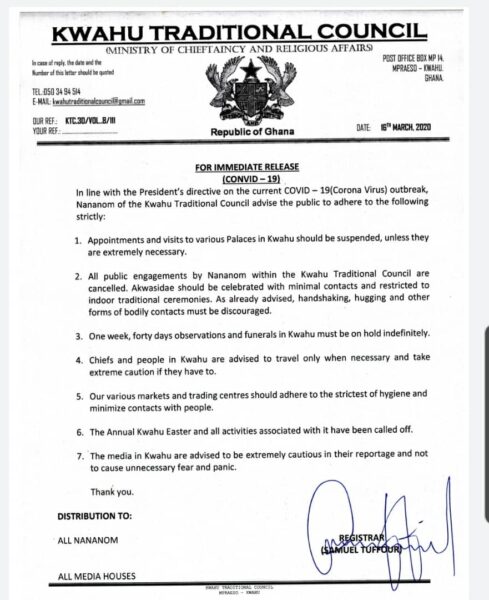