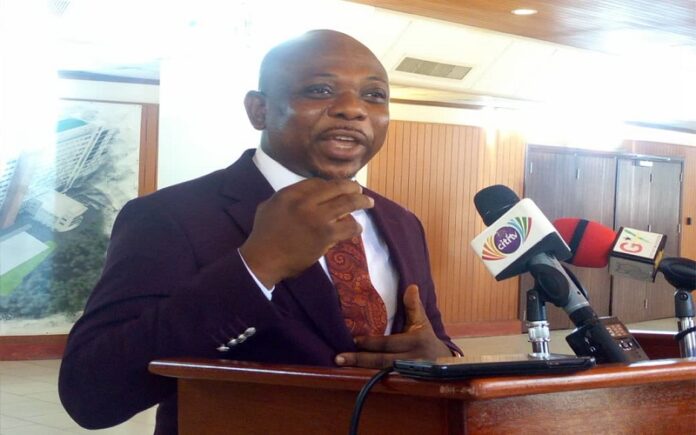 The Minority Caucus in Parliament has sent a passionate plea to the President, Nana Addo Dankwa Akuffo-Addo, requesting him to exercise his prerogative of mercy powers granted him under the constitution to immediately free some inmates from the country’s prisons.

In the view of the Minority, such an exercise if executed, will compliment efforts being pursued by government to prevent the spread of the coronavirus (COVID-19) in the West African nation.

The Ranking Member of the Defense and Interior Committee of Parliament, James Agalga, who interacted with some members of the Parliamentary Press Corps on behalf of the Minority Caucus on the sidelines of Parliamentary sitting on Thursday, March 26, 2020, said there could be no such an opportune time for the President to grant some inmates pardon that the situation the country now finds itself in.

“Our suggestion is that this is the right moment for the President to consider the option of exercising the prerogative of mercy function under the constitution to provide for or grant pardon to at least the petty offenders who have been incarcerated within this period so that at least we can decongest our prisons facilities. The last time the President granted pardon to prison inmates in our country is ten days after he had been sworn into office – 2017. Since then, he has not granted pardon to prisons inmates. I am saying that there is a compelling reason why those powers which are provided for under the constitution should be invoked at this moment”, he noted.

He added “God forbid if there is an outbreak of disease in our prisons, we are headed for a disaster. So, I want to use this opportunity to call on the President to immediately grant pardon to some of our inmates as part of the strategies that should be deployed to deal with the coronavirus pandemic. In these trying moments, we must not forget our prison inmates. At the moment as I speak, the prisons population is about 14,000 and yet our prisons’ facilities can only contain about 8,000 inmates. So, what that simply means is that overcrowding in our prisons is about 50% and yet we are all under threat from this coronavirus pandemic”.

When asked if the suggestion of the Minority Caucus when granted will rather not aggravate the spread of the coronavirus considering the fact that communal spread is now under control by the health experts, the former deputy Minister of the Interior answered in the negative.

To Mr. Agalga, just like government took that bold decision to close down schools, it would be prudent to free some inmates to decongest the prisons to reduce the risk of then contracting the virus.

As at the time of filing this story, reported cases globally had reached 489,928 while recording 12,154 deaths, according to www.worldometers.info, a web portal that keeps track of confirmed coronavirus and its associated deaths and recovery.

A total of 118,032 have so far recovered from the virus, according to the web portal.