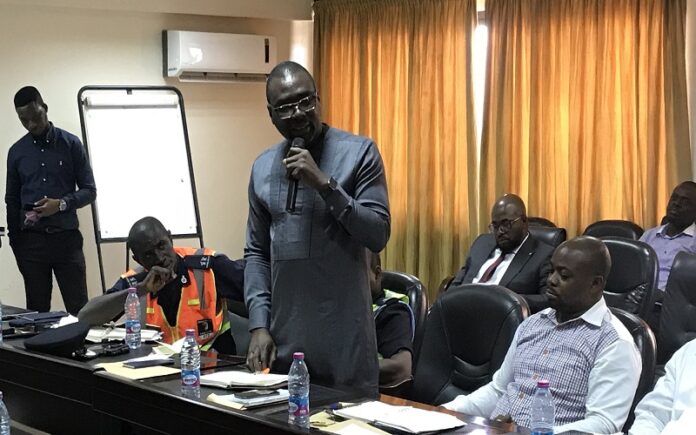 The Deputy Director, Driver Training Testing and Licensing at the Driver Vehicle and Licensing Authority (DVLA), Kafui Semevo, has revealed that the Authority has resolved to introduce a regime to revoke or suspend the license of reckless drivers who cause accidents on the roads.

The measure, he noted, will be carried out when there is compelling evidence which indicate that it was the driver that caused the accident.

Mr. Semevo made this disclosure at a stakeholder’s engagement with players in the transport industry in Accra on Wednesday. The meeting was to discuss and deliberate on measures to curb road accidents on the country’s highways so as to solicit their support in the implementation of the measures they would propose that would be adopted by all.

The stakeholders engagement was spurred by last Monday’s horrific road accident on the Kintampo-Tamale highway that claimed over 30 lives.

Commenting further, Mr. Semevo said the DVLA will soon initiate a new mechanism where they will re-train all categories of drivers.

According to him, such a move will start with commercial drivers.

Further to that, he said the DVLA is also going to introduce speed limits in vehicles, especially, commercial ones in a bid to curb accidents on the highways.

Additionally, Mr. Semevo said the DVLA is going to establish more PDTS centers that would inspect road worthiness of vehicles on behalf of the Authority.

“Currently, there are 23 centers across the country. The aim is to eliminate rickety vehicles and also take away the physical human inspection of roadworthy in the country”, he posited.

He also revealed that the DVLA is currently embarking on measures to have an eye test regime to streamline its eye testing activities. Under this regime, he said the DVLA will engage the services of an eye test specialist to carry out its eye testing activities and transmit the results to their offices electronically so that “we don’t have people faking the results”.

Police personnel with the right attitude

The Director of MTTD, COP Beatrice Zakpaa Vib-Sanziri, on her part, said one of the major concerns of the Police Administration is the deployment of personnel with the right attitude on the road since road to curb carnage on the highways of the country.

According to her, the Police Administration is currently restructuring the MTTD to ensure that their numerical strength is increased to about 25% to enable them be more visible on the highways and other places.

She assured the gathering that her outfit will improve upon their monitoring exercise but appealed to all to give them their support.

“We are going to strengthen our traffic enforcement teams on the road so that when someone violates any traffic regulation, we should allow the law to deal with the person. If these people are dealt with according to the law, I believe that some of the things they do on the road will not happen”, she said.

One of the major concerns of the Police Administration is the deployment of personnel with the right attitude on the road.

Gov’t losing millions of revenue with ICUMS at the ports