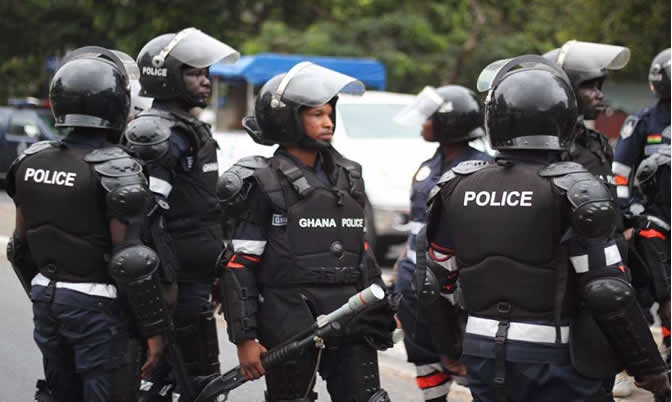 The Eastern Regional Police Command has mounted seven (7) special checkpoints across the region to block persons escaping from partial lockdown areas into the region.

According to the Public Relations Officer of the Eastern Regional Police Commander, DSP Ebenezer Tetteh, the move is to prevent the influx of people from Greater Accra and Greater Kumasi to the region.

As of March 30, 28 suspected coronavirus cases in the region have tested negative. Test for the latest case is underway at Noguchi Memorial Institute for Medicine Research.

President of Ghana Akufo Addo on Friday, March 27, 2020, announced partial lockdown of the Nation’s Capital-Accra and Parts of Ashanti Region as an enhanced measure to prevent increasing community spread having closed down all Borders -Land,sea and Air space.

The Eastern region which shares borders with the National Capital-Accra and Greater Kumasi has since the announcement by the President recorded significant arrival of people running away from these lockdown areas.

About Hundred and Fifty (150) head porters known locally as Kayayes were arrested by the Nkawkaw District Police Command in the Eastern region Monday, March 30, 2020.

The kayayes were being transported in two cargo trucks from Accra to the Northern Region. Among the Kayayes fleeing were pregnant and nursing mothers.

Meanwhile, four Municipal and District Assemblies sharing boundaries in the Eastern Region have formed an alliance to prevent the spread of Coronavirus to their jurisdictions.

The alliance was formed on the back of an influx of people into the Municipality following partial lockdown of Greater Accra and Greater Kumasi as announced by H.E. the President of the Republic.

A joint Directive issued after the close of the hectic meeting on Monday, March 30, 2020, by the Municipal/District Public Health Emergency Committees together with the Municipal/District Security Councils of these four (4) Assemblies said, effective Tuesday, 31st March 2020 at 6:00 am, fifteen(15) Barriers/checkpoints would be mounted in the four municipalities including inter-highway roads.

Additionally, a mandatory temperature check will be conducted by health workers strategically positioned at Checkpoints on persons entering any of the municipalities. Pubs and Bars in the municipalities have also been ordered to close down indefinitely.