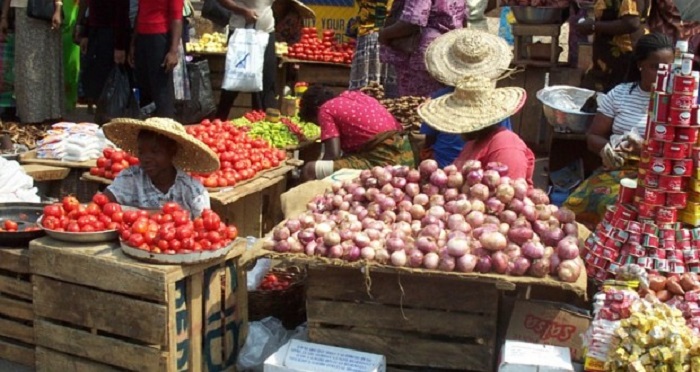 The Consumer Price Index (CPI), which measures the change over time in the general price level of goods and services that households acquire for the purposes of consumption, in the month of February 2020, remained at 7.8% recorded in January 2020.

Briefing the press in Accra, Deputy Government Statistician of the Ghana Statistical Service, Mr David Kombat, said the year-on-year inflation rate as measured by CPI was 0.4%

For the food and non-alcoholic beverages group, the Statistician pointed out that the year-on-year inflation rate recorded 7.9%, which is 0.1 percentage point higher than the 7.8% recorded in January 2020.

“Between January 2020 and February 2020 the price level of food and non-alcoholic beverages increased by 0.5 percent, driven by increase in price levels of vegetables, fruits and nuts, and cocoa drinks,” he explained.

The Statistician said, “In the non-food, subclasses such as transport services, postal and courier services and narcotics recorded highest year-on-year inflation, ranging from 23.15% to 34%.”

He pointed out that at the regional level, the year-on-year inﬂation ranged from 9.7% in Greater Accra Region to 5% in the Upper West Region.