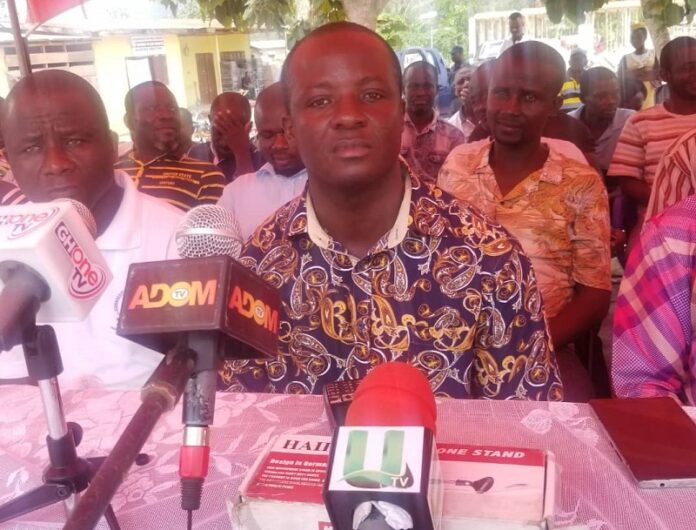 The Adansi Asokwa Constituency executives in the Ashanti region have rendered an unqualified apology to the national and Ashanti regional executives of the New Patriotic Party (NPP) particularly the regional chairman Bernard Antwi Boasiako over unfortunate remarks made against him by Member of Parliament for the constituency Kwabena Tahir Hammond.

Chairman Wontumi suffered a verbal assault from the K.T Hammond over the alleged role he played in preventing the Ashanti regional NPP parliamentary primaries vetting committee Chaired by John Boadu from disqualifying his contender Sammy Binfo Darkwa who he believes does not qualify to contest him in the election.

K.T Hammond threatened to deal with Wontumi who he describes as a “small boy” who he alleged has been working against him to be defeated in the upcoming parliamentary primaries.

Addressing the media at Adansi Asokwa, constituency Chairman of the party, Kwame Owusu disclosed several attempts to reach their MP Mr. K.T Hammond to retract his harsh words against their revered Chairman and the vetting committee has been in vain, hence their decision to apologize on behalf of the Adansi Asokwa constituency and also condemn their MP’s actions.

“I the chairman of the Constituency have called Hon. T.K Hammond several times after I heard the content of the interview he granted to the media in Parliament. I believe it was unfortunate for him to use such words on our revered Chairman Wontumi. So we as a constituency want to use this Press Conference to distance ourselves from the unfortunate comment of our MP,’’ Kwame Owusu said.

He added, “the constituency reveres Wontumi as the father of all to NPP members in 47 constituencies across the Ashanti whose leadership qualities and election tactics stand tall among past regional chairpersons in the region.”

Mr. Owusu urged Mr. Hammond to apologize to Mr. Bernard Antwi Boasiko to settle the matter once and for all.