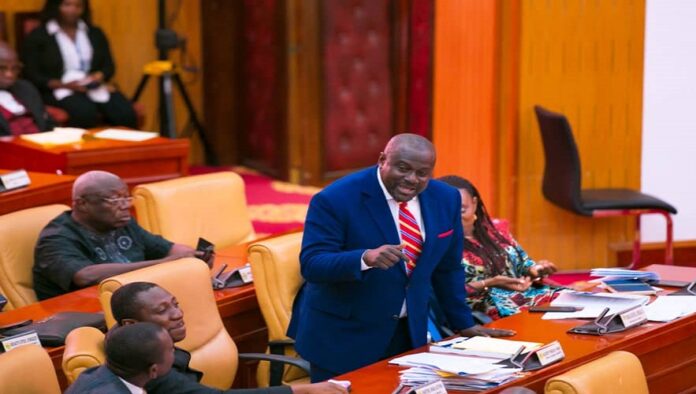 Dr. Assibey Yeboah is seeking re-election for the NPP April 25 primaries and was successfully vetted by the leadership of the party last week.

In a Facebook conversation, the veteran journalist Kweku Baako described Assibey as “a big brain in legislative matters especially the financials”

“Mark is a quality material fit for Parliament! Undisputed!! Continuity endorsed!!” He said

Mr. Baako said the Parliamentary work of the governing party would be weaker without the finance committee chair in the house.

In justifying his endorsement the prominent journalist said:

“The focus or emphasis ought not to be on who’s a better family man or not!No!
As a non party man, and a student of parliamentary business and history I have no hesitation in endorsing Mark!
The emphasis should be on his legislative competence and prowess
As a student of parliamentary history, I can say he’s an excellent material to retain in Ghana parliament for the foreseeable future”

He added that Ghana’s parliament needs his skills and prowess to provide quality legislation and good governance.

Dr. Assibey Yeboah who is the incumbent MP is being challenged by the Executive Secretary of the Free Zones Board, Michael Okyere Baafi in the upcoming internal polls. 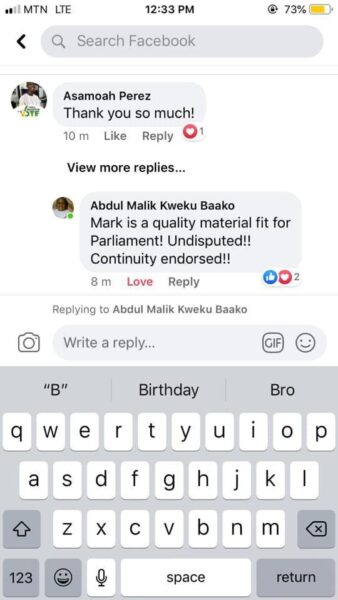