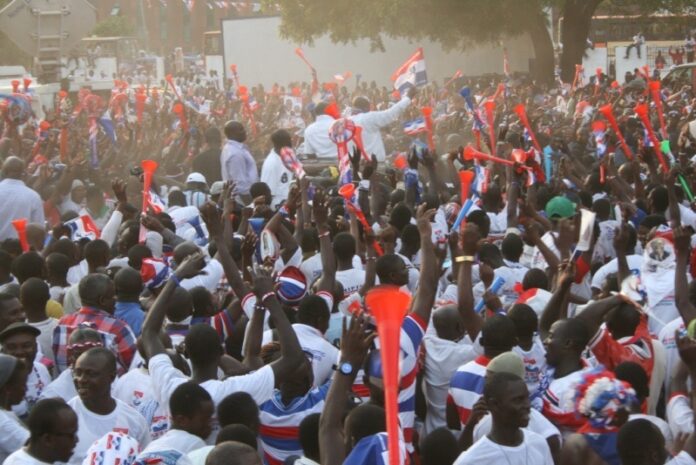 The New Patriotic Party (NPP) parliamentary aspirant for Abirem Constituency, Frank Mireku Ahemah, has been arrested for allegedly defrauding someone of GH₵5,000.00.

Mr. Mireku Ahemah, kasapafmonline.com understands, was arrested by the Police in Koforidua while on his way to the Residency of the Eastern Regional Minister where some National and Regional party executives are vetting all parliamentary aspirants.

The aspirant was later granted bail after paying the GH₵5,000.00 he owes the complainant, one Damptey.

EIB Network’s Eastern Regional correspondent, Ebenezer Kojo Nyavor, who monitored the incident reports that Mr. Mireku Ahemah and his entourage was stopped by the Police at the entry point of the Residency and told to wait for some time since the venue for the vetting was overcrowded.

In the process, he was identified by the complainant who immediately alerted the Police to arrest him since he had already lodged a complaint against him at the Adaeso Police Station.

He was then taken to the Central Police Station where without hesitation, paid the complainant his GH₵5,000.00.

However, the Eastern Regional Police Commander in-charge of Operations, DSP Otumi, who confirmed the arrest in an interview with journalists said Mr. Mireku Ahemah’s GH₵5,000.00 payment to the complainant does not end the matter as they have information that the aspirant has allegedly defrauded a lot of people.

Therefore, he’s been directed to report himself to the Adaeso Police station for further investigations.

“He is not free. They will still investigate the offense. He told us that he was an aspirant and that he wants to pay the money. So, he paid the money and was granted bail but he will still report to the Adaeso Police Station for further investigations”, noted DSP Otumi

The woes of Mr. Mireku Ahemah did not end there as he was disqualified alongside one other aspirant, Daniel Kwadwo Afrifa, from the competing in the party’s upcoming parliamentary primaries, paving the way for the incumbent Member of Parliament (MP) for the constituency, John Osei Frempong, to go unopposed.

It is not clear what led to his disqualification. The vetting committee is expected to brief the media after engagement with all the aspirants.