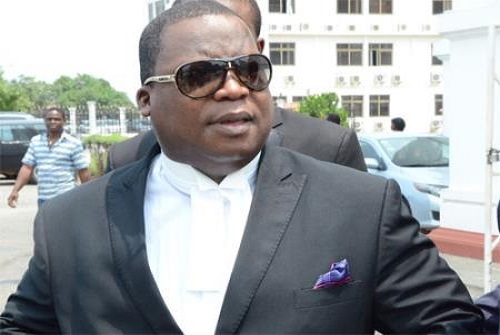 Over four hundred polling station executives of the ruling New Patriotic Party in the Akropong Constituency of the Eastern Region are to petition the National Executives of the Party over the disqualification of  Philip Addison and William Agyei Twumasi from the Parliamentary primaries leaving the incumbent Member of Parliament Nana Ama Dokua Asiamah to go unopposed.

The two were part of 15 aspirants disqualified out of the 79 vetted in the Eastern Region.

Addressing the media after a march on the streets of Akropong Wednesday, March 11, 2020, the aggrieved delegates and supporters said the incumbent MP has become unpopular within the party and among the electorate at large and therefore would be suicidal for the NPP to impose her on the constituency. 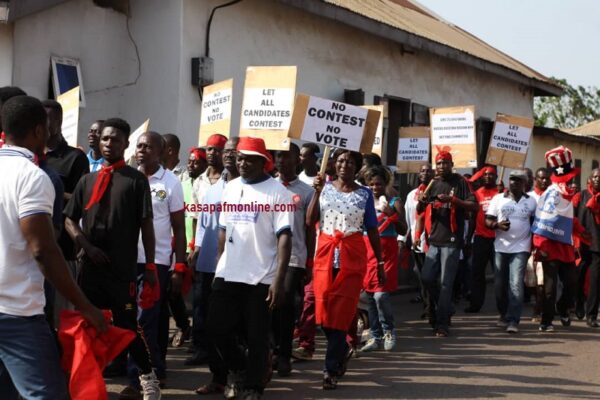 The Press Conference addressed by Dr.Eric Danquah called on the National Vetting Committee to allow all three aspirants to contest the primaries. They contended that Mr. Addison has been contributing immensely to the party in the constituency describing as unturnable claims that he has not natured the party well.

They warn that the failure to reverse the decision of the vetting committee will lead to apathy in 2020.

“It is with deep regret that we the delegates who have signed this petition say to your office that if you do not as soon as possible consider our petition by reverting this dangerous decision to disqualify Mr.Philip Addison, we would be left with little option, but we shall determine which person should represent us in the next four years from this constituency. We shall only be available to work hard for the party only if there is a fair contest”.

However, in a swift rebuttal, the Constituency Organizer Emmanuel Appienti has discredited the signatories on the petition claiming majority were secured through deception.