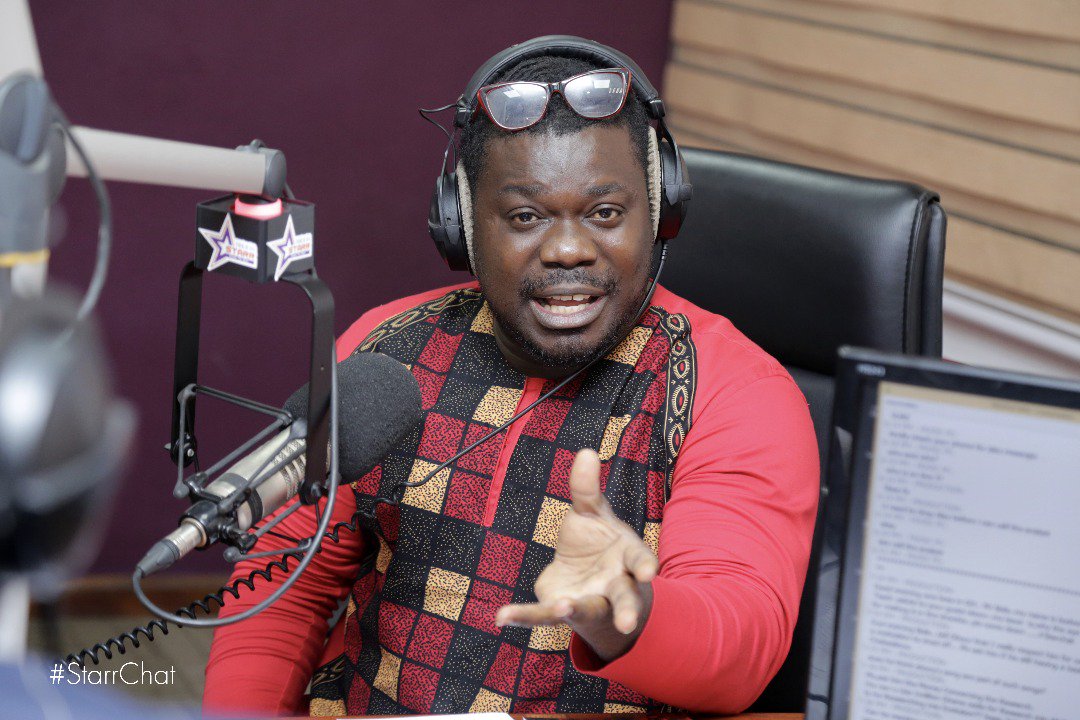 Smith & Adelaide, lawyers for the musician served the Chief Executive Officer of the health facility a letter to carry out the necessary post-mortem to determine the cause of death of his late father.

The request for an autopsy comes after reports alleging that Obour concealed his father’s coronavirus status.

According to the reports, Obour failed to disclose the status of his father’s travelling record and possible coronavirus symptoms to health workers who attended to his sick father at the Greater Accra Regional Hospital, Ridge, on Friday, March 27, 2020

The report also stated that all the Nurses who attended to the patient stand at risk of contracting the Coronavirus since they were not in any protective gear.

Contrary to report circulating online, Obour released a statement to give details of proceedings.

In his release, he stated that his father’s earlier test conducted on him at the Juaso Hospital indicated that he was suffering from malaria.

He was later tested for possible coronavirus in Accra after his condition worsened but died before the test results which confirmed him positive was made available.

Bice Osei Kuffour who is currently aspiring for the NPP Parliamentary seat at Asante Akyem South has received numerous backlash from Ghanaians for exposing Nurses at the Ridge Hospital to the virus with some persons describing his actions as “selfish”.

Obour’s father, Nana Osei Boansi Kuffour passed away last Friday as a result of a coronavirus complication at the Ridge Hospital in Accra.

A press statement by his son indicated that he arrived in Ghana from the United Kingdom on March 19, 2020, healthy but felt ill days after with symptoms of coughs. 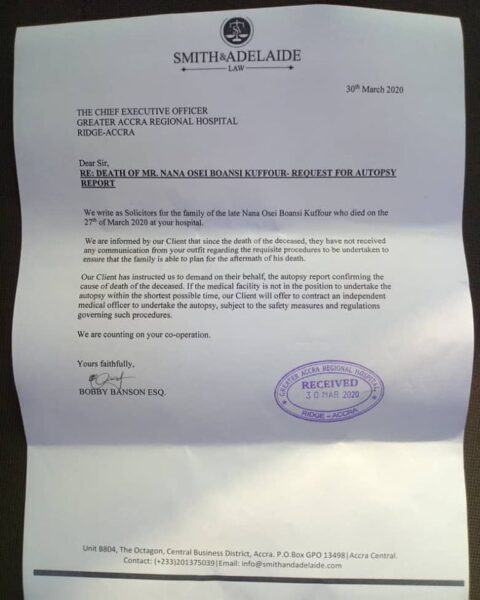