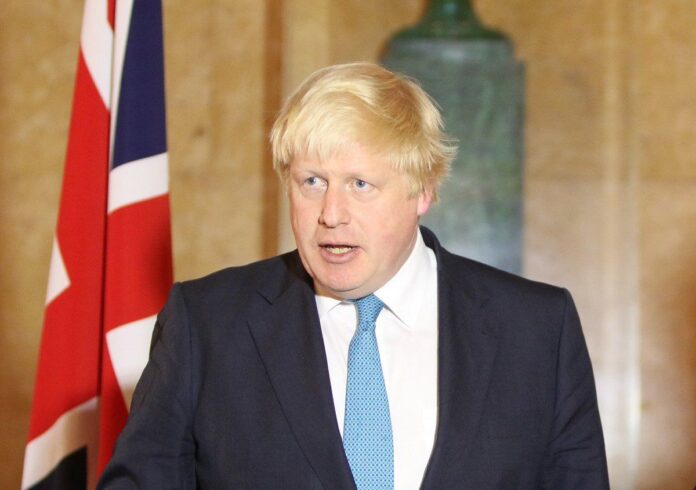 Mr Johnson said he developed mild symptoms over the past 24 hours, including a temperature and cough.

He said he will now self-isolate in No 10 but will “continue to lead the government’s response via video-conference as we fight this virus”.

Mr Johnson was last seen on Thursday night, as he clapped outside No 10 as part of a nationwide gesture to thank NHS staff.

In a video on his Twitter account, Mr Johnson said: “I’m working from home and self-isolating and that’s entirely the right thing to do.

“But, be in no doubt that I can continue thanks to the wizardry of modern technology to communicate with all my top team to lead the national fightback against coronavirus.

“I want to thank everybody involved and, of course, our amazing NHS staff.”

He was tested at No 10 by NHS staff, on the personal advice of England’s chief medical officer, Professor Chris Whitty, Downing Street said.

He will still be in charge of the government’s handling of the crisis, the statement added.

OVER THE LAST 24 HOURS I HAVE DEVELOPED MILD SYMPTOMS AND TESTED POSITIVE FOR CORONAVIRUS.

I AM NOW SELF-ISOLATING, BUT I WILL CONTINUE TO LEAD THE GOVERNMENT’S RESPONSE VIA VIDEO-CONFERENCE AS WE FIGHT THIS VIRUS.

There are more than 11,600 confirmed cases of coronavirus in the UK, and 578 people have died.

Earlier this week, the prime minister’s spokesman confirmed that Foreign Secretary Dominic Raab, as the first secretary of state, was the selected minister to stand in if Mr Johnson became unwell.

It comes after the Prince of Wales also tested positive for the virus earlier this week.

Prince Charles, 71, is to be displaying mild symptoms “but otherwise remains in good health”, a spokesman said.