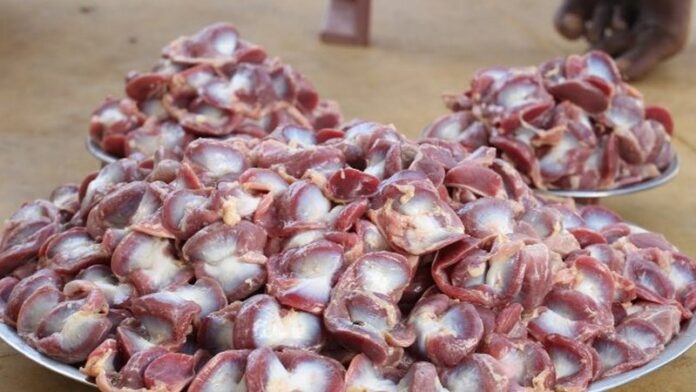 Part 2 of this publication is a continuation of part 1, published on the 16th of March 2020.

PERTINENT QUESTIONS AND AN ANSWERS

Currently, what has been the procedure or role for the issuance of the import permit, ever since VSD was removed from the joint inspection team with GPHA and FDA for clearance of meat and poultry products at the ports?

The answer is that MOFA and VSD have played no role, since July 2018; therefore, any import into the country, currently, is cleared, based on FDA and custom prerogatives.

It is an offence to import any animal and animal products, without a veterinary import permit; and so, here, the FDA and the importer have committed or are committing an offence. Permits are issued, based on the disease conditions at the exporting country (OIE furnishes the VSD with this information, not FDA).

They are, thus, part of the animal disease control and prevention; and, the only government agency in charge of these is the VSD, currently, under MOFA. From the import procedures, described in Part 1 of this publication, it is only the Minister, who issues the import permit after recommendations from the VSD; therefore, where did the FDA get the authority to take over this duty of the Minister of MOFA?

There are some fundamental professional issues that no one can dispute. For example, the Health Certificates are signed by only STATE Veterinary Medical doctors, and they are for STATE Veterinary Authorities only, VSD, in this case. Thus, FDA cannot employ a veterinarian at their organization and think that he or she is qualified to pass meat or poultry product for certification on pathogen investigation because the FDA is not the Veterinary Medical Authority for Ghana.

There are some fundamental professional issues that no one can challenge. For example, the Health certificates are signed by only state veterinary medical doctors, and they are for STATE Veterinary Medical Authorities only, the VSD, in this case. Thus, FDA cannot employ a veterinarian at their organization and think that he or she is qualified to pass meat or poultry product for certification on pathogen investigation because the FDA is not the veterinary authority for the country.

The scope of the FDA Veterinary doctor is only within the confines of the employer, that is, FDA. This problem has been allowed to fester for too long to the detriment of the country. The author recommends it being addressed. Moreover, Health Certificates, issued by Exporting Veterinary Authorities are for official use for the Importing State Veterinary Authority only; therefore, it is illegal if FDA takes that document and allows the importer to clear the goods.

CAN SALMONELLA-CONTAMINATED GIZZARD BE EATEN?

Also, the Head of Import and Export Control Department of the FDA said or implied that heating is enough to kill the bacteria so they should heat the meat thoroughly and everything will be fine.
However, the questions are: what about under-grilled kebab from kebab sellers?

2. What about people, who may handle the contaminated gizzard or meat and, subsequently, handle fruits and vegetables that do not require cooking before eating or touch surfaces or shake hands with others to cause cross-contamination?

3. Also, recently, scientists at UDS, in Tamale, have urged the public to be cautious, despite negative results for bacterial testing on gizzards from their laboratory. This author would need to ask whether or not the sampled gizzards, were from the containers that had been cleared about a year since and the gizzards, probably, already consumed or they went to the market to sample test gizzards that had no bearing with the contaminated batch from the containers? Even though, the recommendations may say so, about heating, the stakes are high and the FDA should not be telling the public this.

4. Although, salmonella can be killed by boiling, the bacterial toxins can be inactivated only through the effects of dry heat at 130-140 degrees Celsius and above. Any high bacteria load, with endotoxin, in the cooked gizzard, when ingested, may trigger secretory diarrhea and surge of systemic inflammation for certain categories of the sick, within the population, with “leaky gut” (Greger M, 2014). Usually, bacteria need to gain access into the blood stream and multiply and circulate and release toxins in the circulating blood. In this case with cooked contaminated meat, salmonella is dead; but, the toxins are still active; and, when ingested, they may cause some of the problems made mention of earlier.

5. In fact, the local (e.g.GSA, VSD) and international standards (e.g. Bacteriologishe Control Leystad Certificate Analysis and South Africa, etc.) for Salmonella contamination of meat, including poultry meat, gizzards, poultry portions, poultry feet, poultry offal and skin is zero contamination. In cases, where results are positive consignment/s should be sent back to the country of origin or condemned. This is because any positive results indicate a breach of sanitation of processing of the gizzards anywhere along the chain of handling, and the risk to public health for consumption of such gizzards is Salmonellosis (Typhoid Fever)

Since July 2018, there have been institutional lapses, allowing FDA to perform veterinary medical functions at the ports. To resolve this malaise, so the country does not encounter it again, it is proposed that as internationally-recognized by the World Animal Health Information System of World Animal Health Organization (WAHIS/OIE) codex, World Trade Organization (WTO), and the VCG to be responsible for ensuring the safety of world trade and products of animal origin, it is the mandate of the VSD, with its well-trained state veterinary medical doctors and para-veterinarians that must be restored to perform its functions taken over by the FDA at the ports.

To resolve this institutional malaise, the following modalities for collaboration are proposed:

2. FDA to inspect meat and poultry products for chemicals and drugs, once indications are provided by VSD.

According to the 1992 constitutional mandate of the Auditor General’s Report, submitted, on the 26th of February 2020, to Parliament, statutes of the WAHIS-OIE, WTO, ECOWAS protocol, VCG, the importation Ordinance no. 36 of 1952, it is the animal health services (in this case, the VSD) that is responsible for the following: inspection of live animals and meat and poultry products, and test them for pathogens; vital contributions to global health security in areas such as food safety, emerging diseases of public health significance, antimicrobial resistance, safe trade, minimizing transboundary disease spread by addressing “risk at source” for most major infectious threats, including those with the potential for global spread for global public good.

FDA’s core mandate is to probe drug and chemicals in meat and poultry products and other food samples and to approve the safety and licensing of the manufacturer and marketing of drugs. It is for this reason that the organization is called the Food and Drugs Authority.

The Author is this article, Dr. Alfred Adjiri-Awere, is a Comparative Pathologist in Canada and Ghana.

Coronavirus: Do not use untested remedies – WHO Africa warns