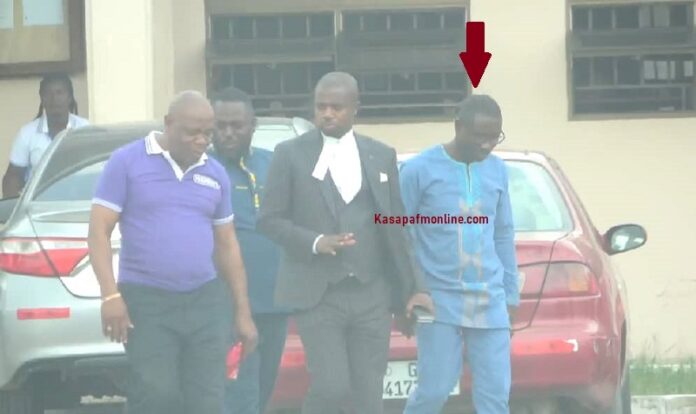 At a press conference held by the Winneba Police Command, Chief Superintendent Samuel Kofi Asiedu Okanta said that James Kofi Annan received GHC100,000 into his account from a different account when he knew it was mistakenly paid into the said account.

Notwithstanding his knowledge of the money not being his, he went ahead to utilize the said amount.

Attempts by the complainant to retrieve the amount have proven futile as Kofi Annan has been uncooperative with him. This led to the man informing the Winneba police about it.

According to Chief Superintendent Okanta, the police made several calls and attempts to reach out to James Kofi Annan but he wouldn’t respond to their calls. He indicated that several invitations were sent to Kofi Annan but he declined them.

The police had to go the extra mile to have James Kofi Annan brought before them.

Instead, James Kofi Annan took to the media with a press conference, alleging that the police command was in cahoots with the Member of Parliament for Effutu, Alexander Afenyo-Markin to tarnish his image.

When the police persistently knocked at his door to appear before them, he came with his lawyer but could not substantiate the allegations he made against the police command and the MP for the Constituency.

He will be arraigned before a court of competent jurisdiction in the coming days to face the charges preferred against him.

Afenyo Markin has no hand in your fraud case – Police Cdr. to Effutu NDC PC