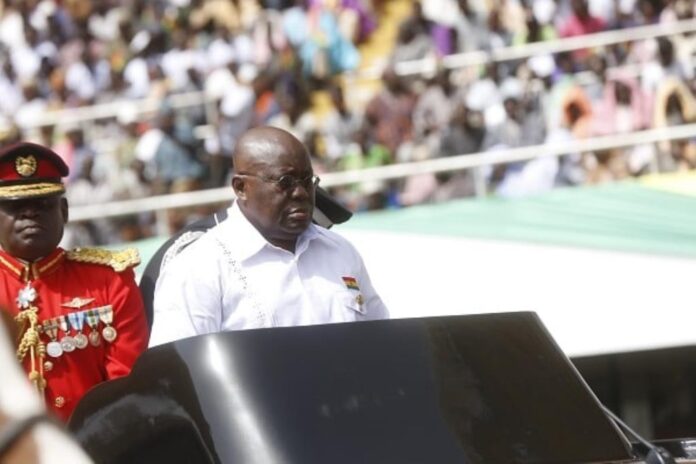 The President of the Republic of Ghana, Nana Addo Dankwa Akufo-Addo, has said that the West African nation has in its 63 years of independence, wasted so many opportunities that came its way that if they had been properly utilized, would have been the country’s economic breakthrough.

“At sixty-three, we know that we have squandered many opportunities that, properly utilized, would have brought us to the economic breakthrough which we aspire. We lament, and rightly so, the infrastructure deficits that plague all sectors of our lives, and the considerable number of our people who still live in poverty”, he noted when addressing the nation at her 63rd Independence Anniversary celebration held in Kumasi on Friday, March 6, 2020.

However, he said Ghanaians have every reason to celebrate the Day and count their blessings since God has been good to the country during the entire 63 years of her independence.

According to the President, despite Ghanaians been hard on themselves and sometimes the critical voices drowning everything else, they have never shed blood or take up arms to fight one another as has been witnessed in some countries in the West African sub-region.