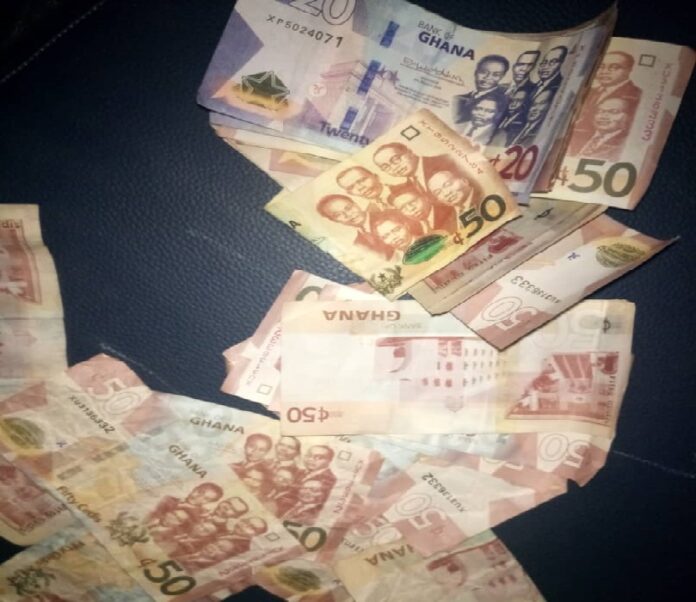 A 32-year-old woman-Comfort Duodu has been arrested by the Adawso Police in the Akuapem North Municipality of the Eastern Region for possessing Ghc50 and Gh20 Notes suspected to be counterfeit.

A total sum of Thousand One hundred and ten cedis(Ghc1,110) of the said currency has been retrieved by the Police.

According to the Public Relations Officer of the Eastern Regional Police Command, DSP Ebenezer Tetteh, the deceased was arrested on March 13, 2020 after the Police at Adawso received a call that a woman has been caught in Adawso market buying foodstuffs and other items with suspected fake currency.

He said, when Police got to the scene, they saw a lot of traders who had surrounded the suspect -Comfort Duodua who claim to live at Nsawam.

He said a search conducted in a black handbag in possession of the suspect after her arrest revealed the sum of GH¢1,110 with the same serial numbers comprising of 50 cedis notes and three 20 cedis notes.

DSP Tetteh said, ten traders came to the Police Station with 50 cedis notes each with the same serial numbers to lodge complaints against the suspect of buying their items with the suspected fake currency.