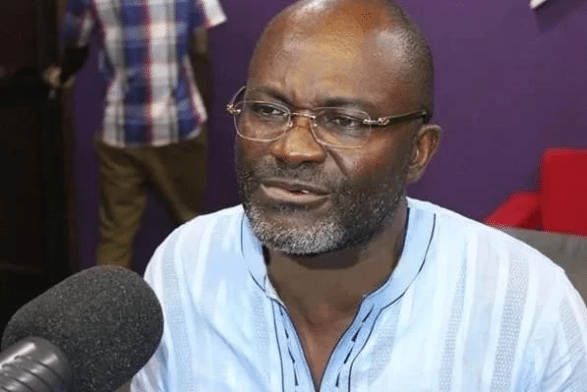 Ghanaian politician, Honourable Kennedy Ohene Agyapong has lashed out at some men of God for extorting money from vulnerable women under the pretext of delivering them from their predicaments.

He cautioned men of God who hide behind the truth deceiving women to fall prey to their shenanigans to desist from such acts else their cups will soon be full.

The Member of Parliament (MP) for Assin Central bemoaned how these self-acclaimed men of God have enriched themselves at the expense of these vulnerable women in society.

“Men of God who are extorting money from women should stop today since your cup will soon be full.”

Born into the Methodist Church Ghana, Hon. Agyapong claims he has never consulted any man of God to be told who is behind his predicaments, adding that he so sees no reason why some Ghanaian women will succumb to such fake prophecies from those Pastors.

“I was born into the Methodist Church Ghana and I have never heard any prophecy that my mum or any relative is the cause of my predicament. I don’t know why some Ghanaian women are the victims of these prophecy tricks from these fake pastors. When life becomes unbearable for such women, they run to those men of God for consultation.

“I’ve never consulted any man of God and I won’t do that since God still cares for me and I’m still alive. Just believe that God will take care of you in bad times.” Agyapong said on Net 2 TV

According to him, some of these men of God read the minds of people using general situations they know will make an individual give the little money they have to them.

He advised women to be cautious of those fake men of God since they are no saviors.

Making reference to Matthew 25:14-30 about The Parable of the Talents,  Kennedy Agyapong directed church members to work hard to be like the two servants who invested the gold they were given.

“God helps those who help themselves so stop giving your hard earn money to those fake pastors.

“Those fake Pastors only read your minds using general situations they know you’ll easily succumb to and surrender your small wealth to them.

“Look at the good cars they drive. Can’t you drive the same cars? My dear women wake up and don’t allow them to deceive you. Those fake Men of God are no saviours, they only take what you’ve so be warn and be vigilant.” he noted

MPs call for law to clamp down on ‘fake’ pastors