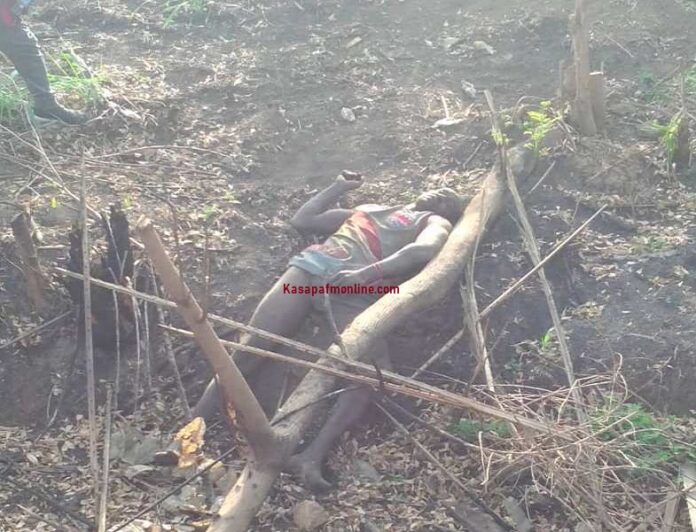 A 33-year-old man has been murdered and dumped on the roadside at Abonko a suburb of Mankessim in the Mfantseman Municipality of the Central Region.

The deceased who’s said to be an apprentice was killed on Wednesday dawn by unknown assailants.

It is believed he struggled with his murderers who broke his arms before killing him.

“We heard people shouting around 4:00 am but because it was in the night they couldn’t come out only to wake up and find that the man has been killed and dumped here. We suspect contract-killing because we all know him as an innocent person. We used to see the deceased walking by every day to work” some residents told Kasapa News Yaw Boagyan.

Police have commenced investigations into the murder.