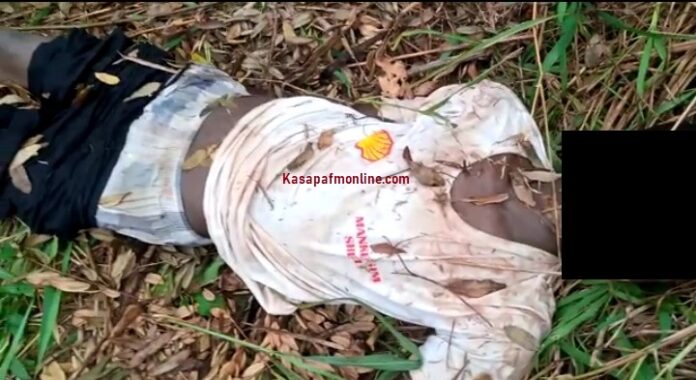 A 23-year-old taxi driver has been killed and his body dumped in a nearby bush at Gomoa Ankamu in the Gomoa West District of the Central Region.

It is believed his killers must have hired him from the Mankessim area, killed him and took away his car.

A resident, Joe Abekah told Kasapa News Yaw Boagyan that the deceased had lots of deep cuts on his head.

He said the body has been conveyed by Apam District Police Command to Winneba Trauma and Specialist Hospital Mortuary for preservation whiles investigations ongoing.

Meanwhile, Assemblyman for Gomoa Ankamu-Simbrofo Electoral area, Isaac Kelly Arthur in an interview expressed worry over the increasing number of such crimes in the area.

“What the armed robbers do is that when they see a new taxi cab, they hire and direct the driver towards a bushy area and try to kill the driver and take the car away. The Police patrol in this area must be stepped up to prevent such crimes from being committed.”