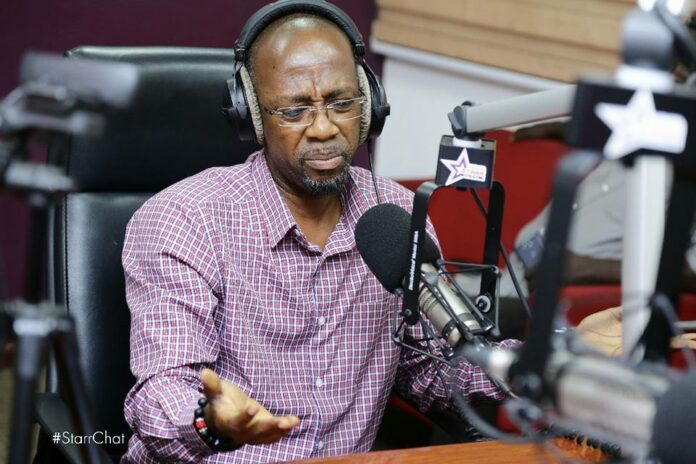 Ghanaian Highlife Artist, Rex Owusu Marfo known in entertainment space as Rex Omar has appealed to the government to support the creative arts industry in the wake of the coronavirus pandemic.

Speaking on Kasapa Entertainment Show with Host, Eddie Ray, the ‘Abiba’ hit singer said the coronavirus pandemic has forced many musicians and event organizers to cancel shows due to ban on social gatherings.

According to him, it is imperative for the Government of Ghana to emulate Kenyan President’s support to Kenya artists in the wake of Covid-19.

“Mostly, when we talk of the creative industry, everyone is thinking of Shatta Wale, Rex Omar forgetting that they are also under management,” Rex told Eddie Ray

He indicated that the music industry has undergone hardships during the pandemic outbreak prior to the ban on public and social gatherings.

“The music industry has suffered a lot. Taking a good look at the lockdown in the country shows like 3music Awards and more have been banned,” he added

He also stated that the music industries in countries like Kenya, Canada to mention a few are being supported by their states because of the importance they attach to the industry.

The GHAMRO chairman noted that if the government can reach out to other organisations and industries in the country, it should give similar attention to the creative arts industry.

“If there is a way, the Government should look at the creative industry because it has suffered a lot.” Rex Omar stated

Kenyan President, Uhuru Kenyatta has announced 100 million Kenyan shilling or its equivalent of $938,850.50 to Kenya artists in the wake of Covid-19.

Mr Kenyatta had directed Kenya’s Ministry of Sports, Culture and Heritage to avail Ksh. 100 million from the nation’s Sports Fund to Kenyan musicians, actors during the period of the Covid-19 pandemic.

The President says the aim is to enable Kenyan artists to “continue to entertain their fellow brothers and sisters through TV, radio and the internet.”

100Up Project for up and coming artistes launched