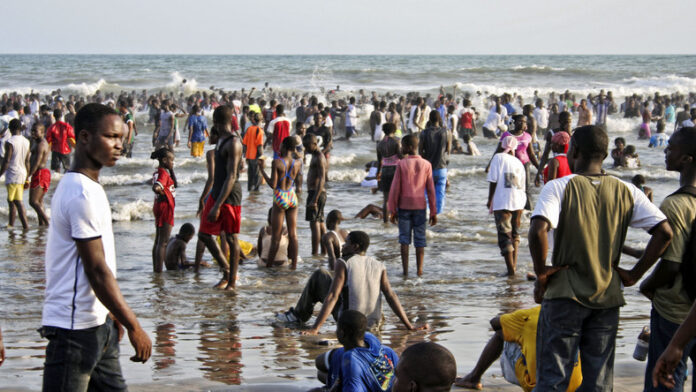 The Police Administration has cautioned the general against any gathering at the beach in the country, especially, in the wake of the coronavirus (COVID-19) pandemic.

This, according to the Police, is in accordance with the Imposition of Restrictions Act, 2020 (Act 1012) and consequential orders recently announced by the President, Nana Addo Dankwa Akufo-Addo.

A statement released signed by the Director of the Public Affairs Directorate of the Ghana Police Service, Supt. Sheila Kessie Abayie-Buckman, and released in Accra, Sunday, April 12, 2020, said any breach of the directive will result in offenders facing the full rigours of the law.

“The public is to note that gathering at any beach in Ghana amounts to an offence”, the statement in part read.

It added “with the exception of security service personnel or essential service providers whose presence at the beaches may be necessary to provide security or for public safety, all other persons found at any beach from now onward and within the period of imposition on public gathering or movement will be arrested. The Police Administration thereby encourages the general public to cooperate with the Police and other security services to help curb the spread of the coronavirus disease in the country”.

The statement from the Police was spurred by Easter Sunday’s celebration at the beach by large groups of revelers mostly from Chorkor, a suburb of Accra, and nearby communities.

The actions the revelers were in defiance to the restrictions imposed on public gatherings by the President, Akufo-Addo, through an Executive Instrument (EI) 64 a fortnight ago.

Such restrictions have nonetheless, been extended by the President for a further period of two weeks, with effect from Monday, April 13, 2020.

The Ghana Tourism Authority (GTA) on Monday, March 23, 2020, also directed for all beaches to be closed down to the public in the wake of the coronavirus outbreak in the country.

Despite imposing restrictions on the movements of people, the President also urged the general public to observe social distancing protocols announced by the World Health Organizations (WHO) as part of the containment measures to combat the spread of COVID-19.

Social distancing is a term applied to certain actions or measures that are taken by Public Health officials to stop or slow down the spread of a highly contagious disease.

Some of the measures include limiting large groups of people coming together, closing buildings and canceling events. Others include using web-based learning and canceling all large campus meetings and gatherings as well as the closing of schools and universities.