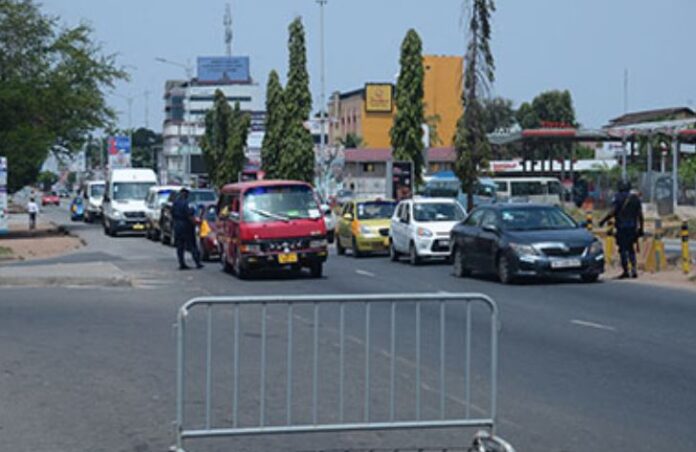 Police Personnel enforcing the COVID 19 lockdown at the Awutu Senya West District of the Central Region on Tuesday boycotted food that was served them by the Police Administration.

The food had reportedly already gone bad when it was handed over to the police personnel hence their rejection of the food.

“We rejected the food because it was spoilt when we checked it. The rice, for instance, was beginning to gather water. We just couldn’t have eaten that food to endanger our lives,” a Police officer told Kasapa FM’s Yaw Boagyan under condition of anonymity.

The rejected food is said to have been sent to inmates at the Kasoa Police Command.

Meanwhile, the Police personnel complained bitterly that their allowance which should be GHC100 a day has been reduced by the superiors. They claim some of them are being given GHC50.00.

The law-enforcers say they want their physical cash and don’t want their allowance to be converted into ration because the food that is served them is of poor quality.