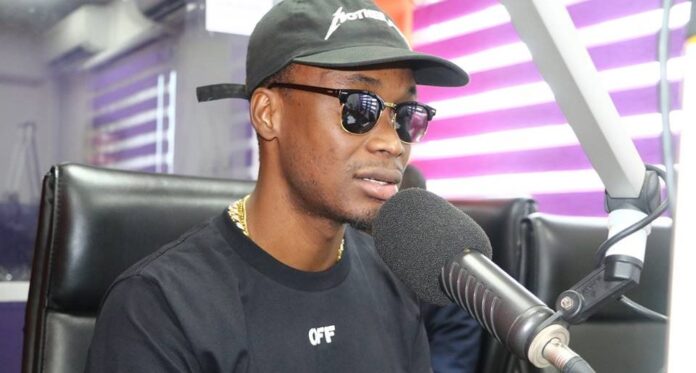 E.L has spun a truly versatile, yet amazing catalogue of music for a decade and counting.

His presence and contribution to modern Ghanaian music is undisputed, even in terms of production. True music fans know he’s a Man of the People, doing best to match the vast musical preferences of fans.

During a Skype interview with MzGee on TV3’s ‘New Day’ on Tuesday, April 14, 2020, E.L revealed how his next wave of music wouldn’t just be for anybody, expressing; ”I’m just in a class of my own. I’m not for everybody. I don’t want to be for everybody”. He went on to comment ”I don’t want to be a mass production artist and be in everybody’s top five. I want to be in the top five of people who matter and they are not many”.

The act went on to comment on a recurring tag Hip-Hop/Rap fans might be super fond of, namely the ”King of Rap” moniker. E.L expressed; ”Nobody has to die. Let’s just calm down, nobody has to die for anything to happen. We are supposed to be making music and there is no competition in music. Music is supposed to be uplifting, it’s supposed to affect your emotions. But with the other things that come with it? That is why I don’t really like to take part in all the extra stuff”.

When it came to speaking about competitiveness among artists, the ‘Efa Wo Ho Ben’ hitmaker was of the view that only competitiveness that lead to a positive growth and development for involved parties were to be encouraged.

E.L recently shared the video for his well-received single ‘Efa Wo Ho Ben’ which received massive applause from fans, media and entertainment practitioners.

I felt degraded when Sarkodie left me out of Cassper Nyovest collabo list – E.L