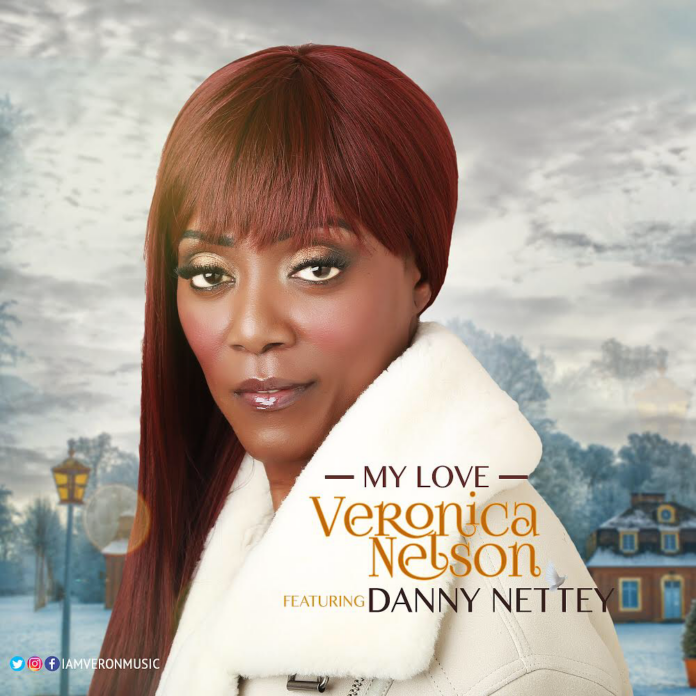 The entire world is looking up for some comfort, as we collectively battle the Coronavirus pandemic.

From countries with deaths tolling in tens of thousands to countries yet to feel the deathly pinch of the novel virus, there’s a global sense of anxiety.

With millions of people confined in their homes to flatten the curve, many people resort to music in the bid to purge themselves of the fear. Reaching out with comfort, is gospel singer Veronica Nelson, as she releases a feature with worship leader Danny Nettey who passed away on 15th July 2016.

Danny Nettey’s suiting voice outlives him, as he sings a newly released duet with musician and songwriter Veronica Nelson.

The song “My love” is one of three collaborations between Veronica Nelson and Danny Nettey who is seemingly brought back from heaven for about six minutes, to remind us that we’re loved by a big God.

The song was born during a time when Veronica Nelson had lost her mother and was dealing with the grief and uncertainty; a feeling most of the world’s population may have become familiar with, as we battle the Covid-19 epidemic.

Speaking on the inspiration, Veronica recounted, “ I wrote my love when God led me to the gospel of John and I began to learn from Mary Magdalene’s experiences”. The song is her attempt to serve the much-needed message of hope and God’s undying love.

The vocals come across as therapeutic and with lyrics like, “My child, do not weep because my death has brought so much liberty” and “Just look inside, I’m always there”, Veronica and Danny seem to offer blessed assurance to a world dealing with massive loss and peace to a world riddled with disease, depression and despair.

According to Veronica’s team, the song was recorded prior to Danny Nettey’s demise, yet the release was delayed to honor Danny’s memory after he passed on.

The song follows Veronica Nelson’s first single, Merry Christmas to you and its release coincides with the observation of the religious Easter celebrations.

In Veronica Nelson’s description, the song is released as a tribute to God, her mother and Minister Danny Nettey.

The music is available on all digital stores and offers a rare opportunity to hear a great worship leader, four years after he went to be with the Lord.