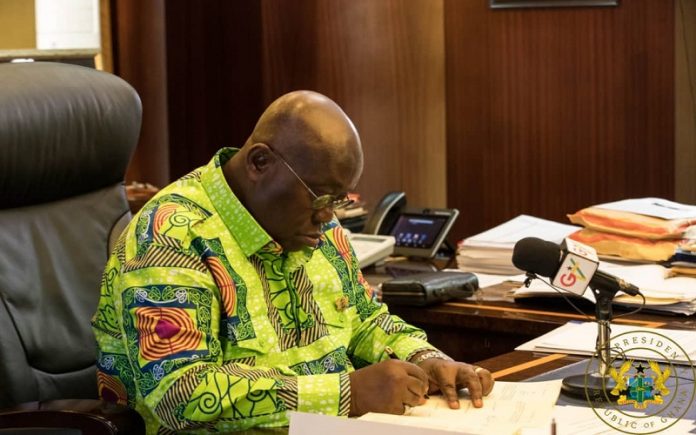 The North Tongu Member of Parliament has joined calls for President Akufo-Addo to downsize his government owing to the state of the Ghanaian economy.

“It is deeply worrying to observe that President Akufo-Addo cannot seem to help himself. Despite widespread public outrage over his penchant for an elephantine-sized government; the number of Presidential Staffers has increased from 28 in 2018 to 36 in 2019. Also, the list of junior political appointees has shot up from 254 in 2018 to 270 in 2019,” Ablakwa wrote in a Facebook post hours ago.

The North Tongu lawmaker is upset with what he described as “foggy designations” created at the Jubilee House, ultimately to burden the Ghanaian taxpayer.

“In addition to the controversial portfolio of Minister of State for Public Procurement held by Sarah Adjoa Sarfo, there’s listed a “Director for Procurement Compliance” in the person of Samuel Kwaku Adu. In similar vein, though Alhaji Ibrahim Mohammed Awal continues to function as Minister for Business Development, the tax payer is further burdened with a “Director of Business Support” named as Franklin Owusu-Karikari.

“Then there’s the legion of persons listed as Personal Assistants without stating which specific officials they are assisting.”

He contended that the advocacy to amend Act 463 to place a cap on the number of political appointees that should be appointed (311 out of a total staffing of 934) has become even more relevant now than ever.

“Perhaps we should be asking President Akufo-Addo to help us better understand exactly what he meant by protecting the public purse,” he queried. 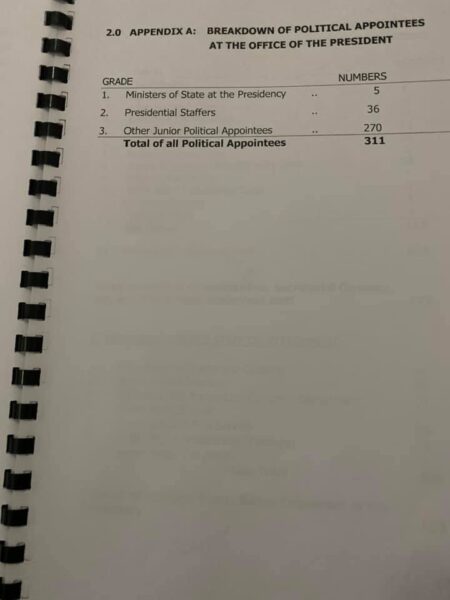