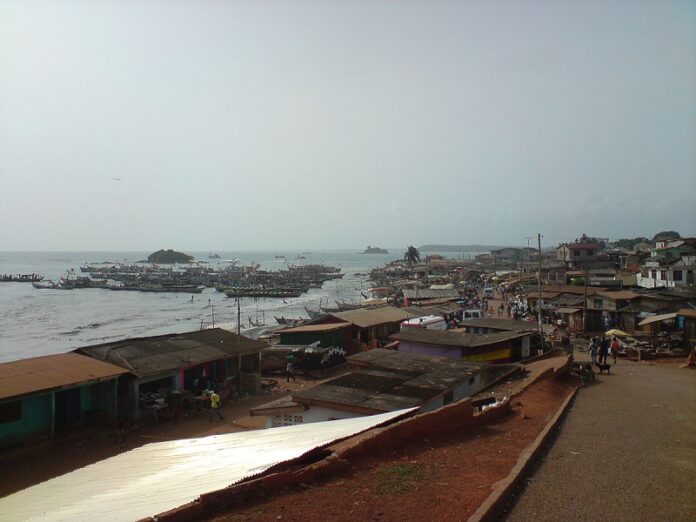 My fellow Aximians, brothers, and sisters I am apolitical and therefore I have no political affiliation or attachment to any political party in Ghana.

I am just for the betterment of Axim and Ghana as a whole; thus, I support anyone or any party whose ideology is in synchrony with mine.

Gone are those days of frequent bickering among the Lower and Upper Axim citizens.

And long gone are those days when wearing a different political color made you the enemy.

The old trick of divide and conquer must disappear from our lexicon and banished to the famed Bole Eleka behind Beboayisi island.

We, as Aximians, should and must present a unified front and support any individual irrespective of political affiliation or location in the section of town as long as their ambitions and goals are in line with the advancement and prosperity of Axim and its citizens and Ghana as a whole. I don’t think this is too much to ask!

The world-renowned architect, David Adjaye, recently mentioned Axim as one of the favorite towns in Ghana he likes to visit.

Obviously, he was impressed by the beautiful landscape and colonial neoclassical architecture which were built mostly by timber merchants and white administrators during the colonial era. Axim is blessed with a very rich history.

An impressive history spanning from trade with Portuguese settlers, who built Fort Saint Anthony, to hosting leaders and great personalities such as Anton Amo, Paa Grant, Kwame Nkrumah, and William Baidoe-Ansah, to mention a few.

From the period of colonial British rule and throughout the good old days of Nkrumah’s regime, Axim enjoyed impressive development.

Till today, the older generation reminisces about the once beautiful kerosene lampposts that dotted our beautiful streets; the plush Upper Town bungalows; merchant steamships that docked behind Beboayisi Light House and adjacent islands; and other attractions.

All these developments attracted all tribes from Gas, Ewes, Fantis, Ashantis, Dagombas, etc. to settle in Axim.

Sadly, like having a dagger shoved in the back, all these developments were unfortunately truncated first by the overthrow of Nkrumah’s government and secondly by the diversion of the main highway from Elubo to Takoradi, which previously passed through Axim.

The collapse of the fishing industry and the destruction of the sea wall by the ocean further made matters worse.

In the ensuing years, Axim was practically deprived of the much-needed assistance from previous governments.

Fortunately, God working in mysterious ways, has finally listened to our prayers and the people of Axim are now witnessing one of the most stunning infrastructure developments since the overthrow of Nkrumah.

A state-of-the-art sea defense wall with in-built dry-docks for local canoes has been built. 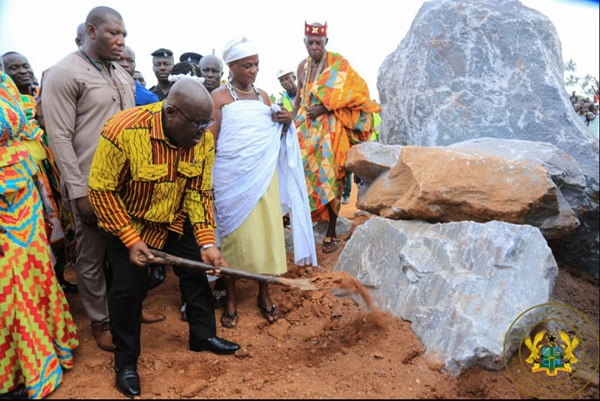 To ice the cake, a coastal route or road has been added alongside the sea wall.

This coastal road which runs parallel to the main road from Anhiliso to Lower Town impressively runs behind the castle on reclaimed land which was once covered by the ocean.

Furthermore, the once elusive fishing harbor (from failed promises of past governments) is now under construction.

Undoubtedly, the fishing harbor will be an economic game-changer when completed! Hopefully, unemployed youth and women will now find jobs at the harbor.

By the way, lest we forget, a sports complex, DVLA, and paving and face-lifting of Victoria Park have been all added to the cake.

Under President Akufo-Addo’s ambitious policy of one district one factory, a gas bottling plant for domestic and commercial use by Ghana Gas is in the pipeline to be established in the Brawire-Akyinim enclave.

We hope, cross our fingers, and pray that no one will place one of those frivolous injunctions or lawsuits to delay construction of this factory which will augment employment opportunities in not only in Axim but throughout the Evalue-Gwira constituency and help make a dent in the unemployment situation in Ghana as a whole.

Paradoxically, instead of uniting to support this development there are few elements who are determined to impede this progress by filling frivolous lawsuits and fostering controversies.

For example, the DVLA which was supposed to be located close to Axim had to be moved away to Ayisiakro as a result of land dispute between a certain Chief and one family. This dispute was preceded by a sod-cutting brouhaha instigated by the chief.

The same Chief also filed a law suit to halt construction of the harbor because according to him that area belonged to his people.

I firmly believe that if the plaintiffs engaged in dialogue with our MP and local authorities there would sufficient common ground for compromise. In my humble opinion filing a lawsuit as a way to harass and impede progress is not the way to go.

In as much as the appropriate compensation must be doled out to reach an amicable settlement, land owners must also recognize that eminent domain law also states that the government has power to take a private land for public use without the owner’s consent.

If we delve deeper and set aside our personal biases, especially our party affiliations, we will undeniably agree that all the progress we are witnessing in our constituency could not have been achieved without the lobbying skills, tenacity, dedication, brilliance, and vision of our current MP Catherine Afeku. It is therefore not a coincidence that the Evalue-Gwira constituency has captivated the attention of the President and gaining all these breathtaking developments.

Folks, we are very fortunate to have the right person who at this crucial time is pulling the right strings and cowry shells and causing the tarot cards to turn in our favor especially in this COVID-19 era when most economies are on the verge of collapse.

In this world timing is everything and therefore if our number has been called and all seem to be in synchrony, why not enjoy and rejoice!

Again, I am not a member to any political party; just a dedicated citizen to my motherland and “mother-town” (Axim).

Disunity is the enemy of progress! Undeniably, the great majority of people in Axim are pro-development, except a few elements who are trying to tarnish our image, hence the call for us to rise and send a strong united message out to the world that: WE ARE FOR DEVELOPMENT THEREFORE LET AXIM CITIZENS BOTH HOME AND ABROAD RISE!

We must condemn those whose goal is to hinder development in Axim.

God bless you, and may God bless Axim and Ghana as a whole.