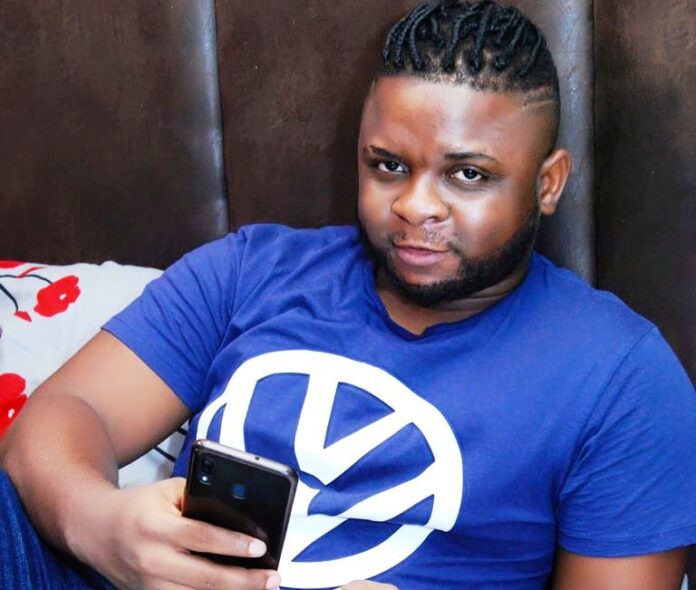 2011 first runner up of TV3’s Talented Kids reality show, Enock Darko has said the cause of the decline in the local movie industry is due to too much badmouthing among players in the industry.

According to the young comedian, the hatred among filmmakers based in Kumasi is just too much in the that some people would even resort to ‘juju’ to hurt others to get to the top.

“I relocated to Nigeria to be part of their film industry because the Ghanaian movie industry is full of backbiting and juju especially Kumawood.”

Speaking to Eddie Ray on Kasapa Entertainment, Darko revealed how he survived a poisoning incident after a movie shoot in Kumasi.

Enock Darko said some colleague actors seem uncomfortable to be on same movie project with him, thinking he would outshine them.

“I don’t want to have any issue with any actor in Ghana because of what I have been through. I was poisoned in Kumasi and fell sick when I returned to Accra. Some actors in Kumasi are afraid of competition, they feel threatened when an actor from Accra happens to be on same movie project with them.” He told Eddie Ray

“I’ve featured in almost 50 movies when I relocated to Nigeria. I’ve acted with well known Nigeria actors like Chief Pete Edochie, Osita Iheme, Destiny Etiko and many others.”

Enock Darko was honoured at the Ghana Film Summit in 2019 for his amazing contribution to the sustainability of the Ghana Film Industry organized by the Film Directors Guild of Ghana [FDGG]. He has featured over ten drama serious both in Ghana and Nigeria.