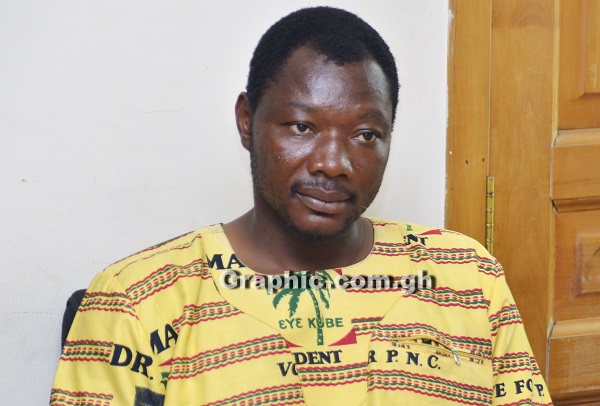 The Criminal Investigations Department (CID) has invited PNC Chairman Bernard Mornah to assist with an investigation it is conducting into an allegation of threat against the EC, should it decide to go ahead with the compilation of a new voter’s register in late June 2020.

The police have extended an invitation letter to him asking that he should report at the CID headquarters on Tuesday, June 2, 2020, at 10 am.

“The CID Headquarters is investigating a case in which you [Mornah] were alleged to have threatened to resist any attempt by the Electoral Commission (EC) to compile a new voter’s register for the 2020 general election.”

“You were also heard in a video interview to have threatened “that people who are already Ghanaians and already registered are going to be taken out of the register, don’t you think confusion will come at the registration and if confusion come there, you think the EC staff will be safe, we will beat each other there, we will kill each other there if that is what the EC want to lead this nation to,” the invitation letter dated May 28, 2020 and signed by Barima Tweneboah Sasraku II, a Deputy Commissioner of Police (DCOP) for the Director-General of CID said. 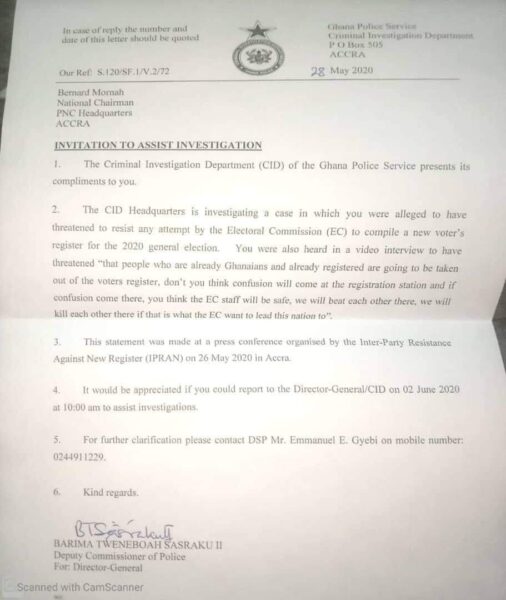