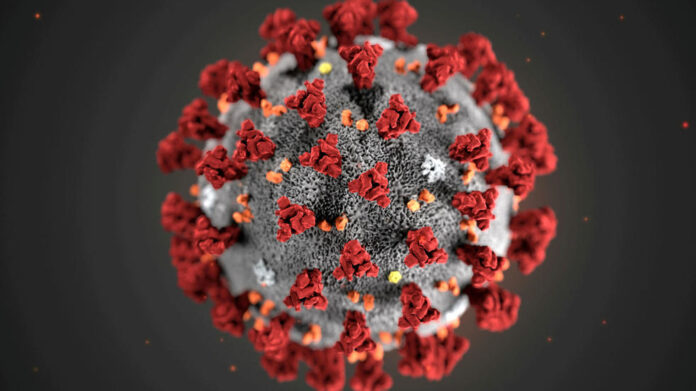 A community Health Advocate, Samuel Arthur, has observed that the “erratic and abrupt” Covid-19 data and information being churned out is problematic and doesn’t look too good.

He described as laughable the Ghana Health Service(GHS) claims that the country has reached its peak regarding the deadly Coronavirus infection.

His observation follows the  Ghana Health Service(GHS) announcement on Tuesday that the country has reached its peak of the deadly coronavirus infections.

Director of Public Health at the GHS, Dr. Badu Sarkodie had assured that the number of infections will begin to take a downward trend shortly depending on how well Ghanaians observe the preventive protocols.

Addressing a Press briefing organized by the ministry of information, on Tuesday, May,05,2020, Dr. Badu Sarkodie said despite the observation officials won’t let their guard down and still monitoring the situation keenly.

“…You realised that with a sharp rise and now with the cases that we’re testing, clearly we seem as a country to be on top of the peak and we’re at the stage to decline. That is the observation now.” he noted.

But, Mr. Arthur in an interview on Kasapa 102.5 FM questioned the science being deployed by the nation, insisting its clear, the nation is trailing around the virus, compared to other nations that have advanced cutting-edge science and technology to fight the disease.

“All other nations that peaked started declining afterwards. I feel in our own case we started peaking a long time ago. I say so, because we’re still allowing the disease to be ahead of us. What is our testing capacity now for us to boldly say that we have peaked? If we take samples how long does it take for u to produce results? If you take samples today and release test results two weeks time, obviously then the disease is ahead of you.” he told host Kweku Owusu Adjei on Anopa Kasapa on Kasapa 102.5 FM.

At least 65 new recoveries have been recorded bringing the total to 294 while the number of fatalities remained at 18.