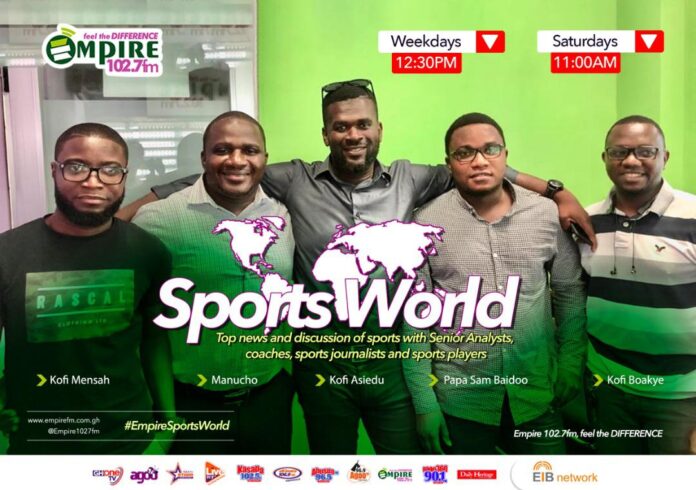 Listeners of Sekondi-Takoradi’s number one sports show Empire Sports World are about to be served with an extra bite as the show will now air on weekends.

The Sports World has served listeners with some exciting moments and after persistent calls from listeners for a weekend edition, the show will now air on Saturdays beginning 7th June 2020.

Sports World is a sports magazine show purposely meant to treat listeners on sporting bits across the world. The show focuses mainly on discussing topical issues from all Sports disciplines with incisive analysis from seasoned pundits.

The show also features Groundbreaking interviews from the big wigs in the world of Sports. In recent times the Empire Sports World has featured the likes of Peter Drury, world’s football poet, and also experienced World Cup Commentator Jon Champion.

The weekend edition will air on Saturdays from 11am to 1pm and promises to be an exciting one.