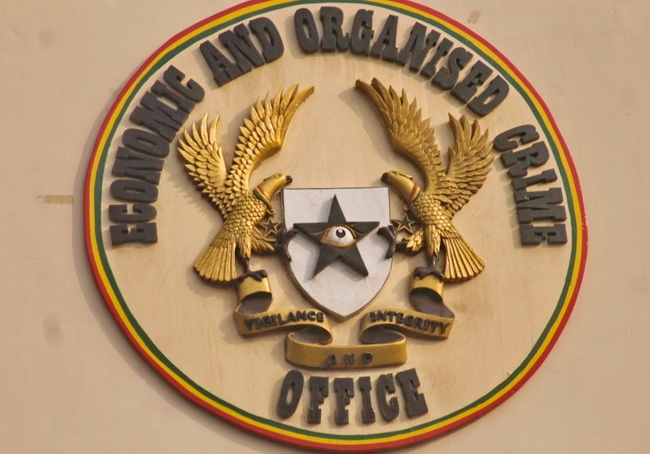 The Economic and Organised Crime Office (EOCO) has arrested some officials of PAYBOY Company Ltd, an entity that purports to be into the marketing and promotion of Financial Technologies.

Accordng to EOCO, initial investigations have revealed that the company was operating without the requisite licenses from either the Bank of Ghana or the Securities and Exchange Commission.

A statement signed by the Head, Public Affairs of EOCO, Jacquiline Avotri advised the general public to be circumspect when dealing with companies or individuals if it involves financial commitments.

Defunct gold dealership firm Menzgold on May 19, 2020 announced the appointment of PAYBOY as third party entity to negotiate settlement with their unpaid customers.

The company in a statement Tuesday said PAYBOY will negotiate and facilitate the payment of the investment of their customers whose monies are still stuck with them.

“Following an advise given and subsequently reiterated in a press release issued on the 18th December, 2019 with reference number; KBA 3015/19 by our counsel, we’re happy to introduce PAYBOY COMPANY LIMITED; a digital payments marketing and promotions company, headquartered at No. 34 Nii Ako Nortei Street, Blohum Road, Dzorwulu, Accra, as the appointed third party entity with capacity to negotiate “Debt Settlements Agreements” and to facilitate payments of same, in our committed resolve to ensure the eventual full debts settlements by Menzgold within the shortest possible time.

“Counting on your kind cooperation as we strive to achieve this noble debt settlement objective,” the statement said.

The collapsed gold trading firm is still yet to settle its indebtedness to its scores of customers.

The Bank of Ghana pulled the brakes on the activities of Menzgold some two years ago over regulatory issues.