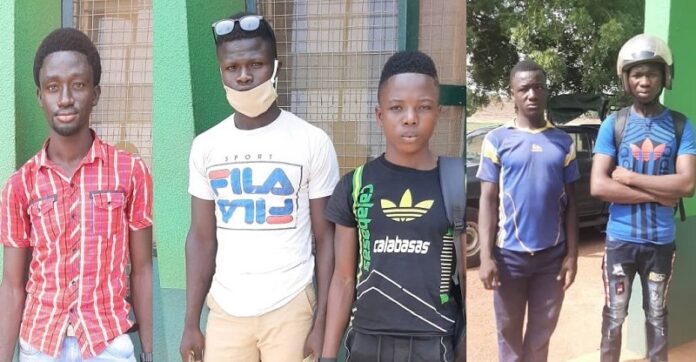 All five males Burkinabes aged between 15 and 27 were ceased on motorbikes with registration numbers 32-UJ-6586 and 32-JW-5633 on Friday.

A statement signed by the Upper West Regional PRO of the Immigration Service, Ibn Yussif Duranah Abdul-Mumin Seidu said preliminary investigations revealed that they were destined for Kumasi and Techiman respectively for farming purposes.

The illegal migrants were screened by the port health personnel before being handed over to the Burkina Faso authorities on the other side of the border.